Greece ends bailout odyssey but Athens not in festive mood 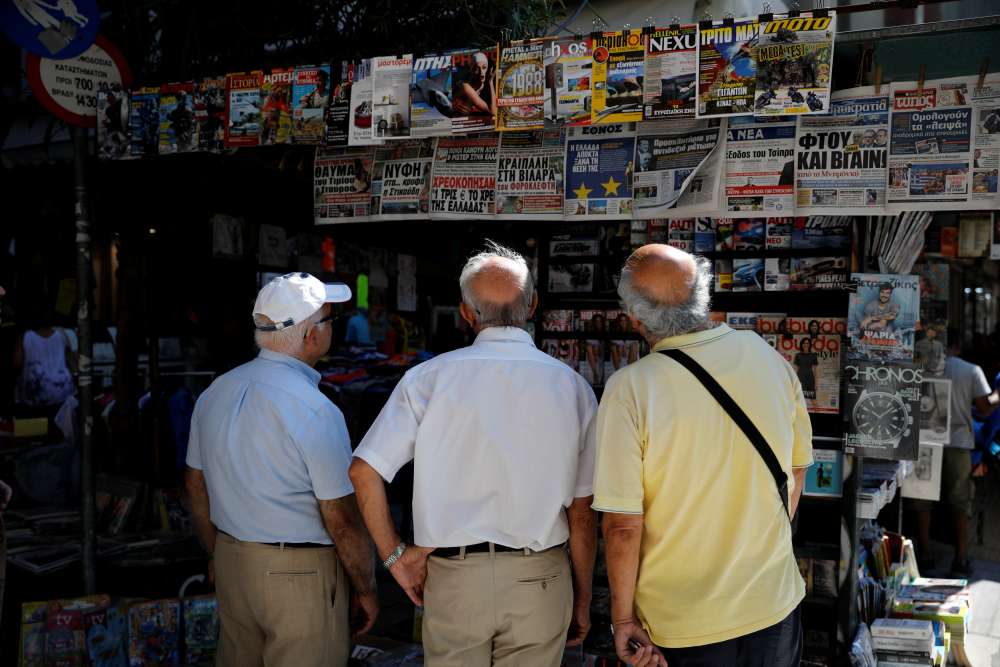 Greece emerged from the biggest bailout in economic history on Monday after nine years of creditor-mandated austerity, with European institutions hailing the exit a success but jaded Greeks finding little reason to celebrate.

The milestone weans the debt-burdened euro zone member off financial lifelines offered on three occasions by creditors over the best part of a decade, and the country will now need to support itself.

Athens will rely on bond markets to refinance its debt, officially leaving behind a crisis that shrank its economy by a quarter and pushed many into poverty.

“Nothing changes for us,” shrugged Christos Iosifidis, an 80-year-old pensioner. “We are a bankrupt country, and it won’t change for many more years.”

Since early 2010, Greece has relied on more than 260 billion euros ($300 billion) lent by its euro zone partners and the International Monetary Fund.

“Today we can safely conclude the ESM programme with no more follow-up rescue programmes as, for the first time since early 2010, Greece can stand on its own feet,” Mario Centeno, the chairman of the ESM’s board of governors, said in a statement.

Prime Minister Alexis Tsipras is expected to address the nation on Tuesday to mark Greece regaining fiscal sovereignty and the ability set its own economic policies.

Greek media reported he would symbolically make the speech on Ithaca, the island where Odysseus returned home from the Trojan war after a 10-year voyage recounted by Greek classical poet Homer.

“We are entering a new era for the Greek economy and Greece,” government spokesman Dimitris Tzanakopoulos told Real FM, a radio station.

“The Greek people should celebrate,” ESM’s head Klaus Regling told Sunday’s Ethnos newspaper. “Tomorrow, I will celebrate it with a good glass of ouzo.”

But with unemployment just under 20 percent, the mood on the streets of Athens was far from festive.

“I made much more money in my thirties than now,” said waiter Costas Papaconstantinou, 54, at a cafe in the city centre. “Were it not for tourism, we would be finished.”

“There is no bailout exit, we will be under a bailout until 2060, until we pay off these loans,” he said.

Shut out of bond markets after a fiscal crisis, Greece officially asked for a bailout in April 2010 from the IMF and its euro zone partners. They granted 110 billion euros in loans to avert a financial meltdown. Two more aid packages followed.

Post–bailout, Greece has committed to demanding primary budget surpluses – excluding debt servicing outlays – of 3.5 percent of the country’s annual economic output until 2022, and 2.2 percent until 2060. The wounds of the debt crisis are still healing.

“Greece is finally exiting, albeit formally, a long bailout period that left behind 924,000 jobless, shut down 250,000 businesses and left most Greeks owing an internal debt of 227 billion euros to the taxman, pension funds and to banks,” said Vassilis Korkidis, head of the Piraeus Chamber of Commerce.

He said it was more a day of reckoning and not of celebrating as the bailouts may be over but austerity measures and taxes continue to squeeze Greeks.