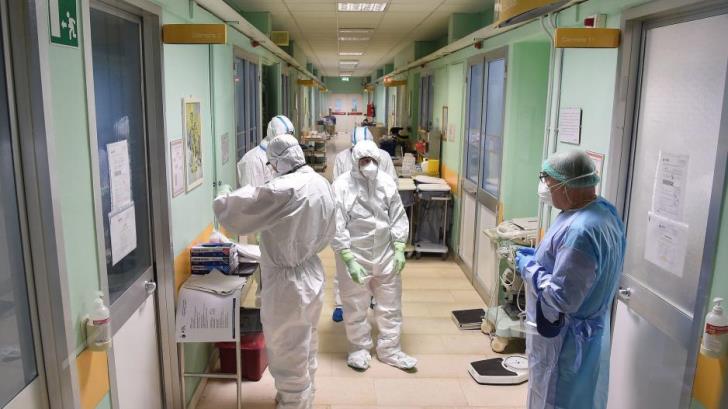 The WHO coronavirus disease dashboard showed the number of cases in the Americas made up nearly half of the global total to reach 21,326,640.

The United States recorded 9,810,609 confirmed cases and 236,642 deaths, according to data released by the John Hopkins University reported 15:30 U.S. Eastern Time on Saturday.

The country had registered over 100,000 single-day cases in four consecutive days, which marked a grim milestone since the outbreak of the pandemic.

The number of new daily coronavirus infections in Italy was 39,811, breaking the highest one-day record of the previous day, according to Italian Ministry of Health on Saturday.

Poland reported a record of 27,875 new coronavirus cases on Friday, bringing the total number of confirmed cases over 500,000, according to the latest data released by the Polish Ministry of Health.

The total number of confirmed COVID-19 cases in the country has risen to 521,640.

Cinemas, theaters, museums, art galleries and other cultural institutions were required to close across the country beginning Saturday, according to the latest measures announced by the government in an effort to curb the spread of the virus.

A total of 450,934 confirmed COVID-19 cases and 8,312 deaths have been registered in Ukraine on Saturday, according to the health ministry.

A record 10,746 people tested positive in the past 24 hours, the ministry added.

Iran reported on Saturday a new record of 9,450 daily COVID-19 cases, taking the total number of infections in the country to 673,250.

The coronavirus epidemic has so far claimed 37,832 lives in Iran.

Spain on Friday reported 9,150 new infections in the past 24 hours with the total confirmed cases reaching 1,328,832 in the country.

Greece reported 34 more deaths in the past 24 hours, marking a new single-day high.

Many residents worried the epidemic couldn’t be contained by the lockdown and would last longer.

South Korea reported 89 cases, raising the total caseload to 27,284, according to the Korea Disease Control and Prevention Agency (KDCA).