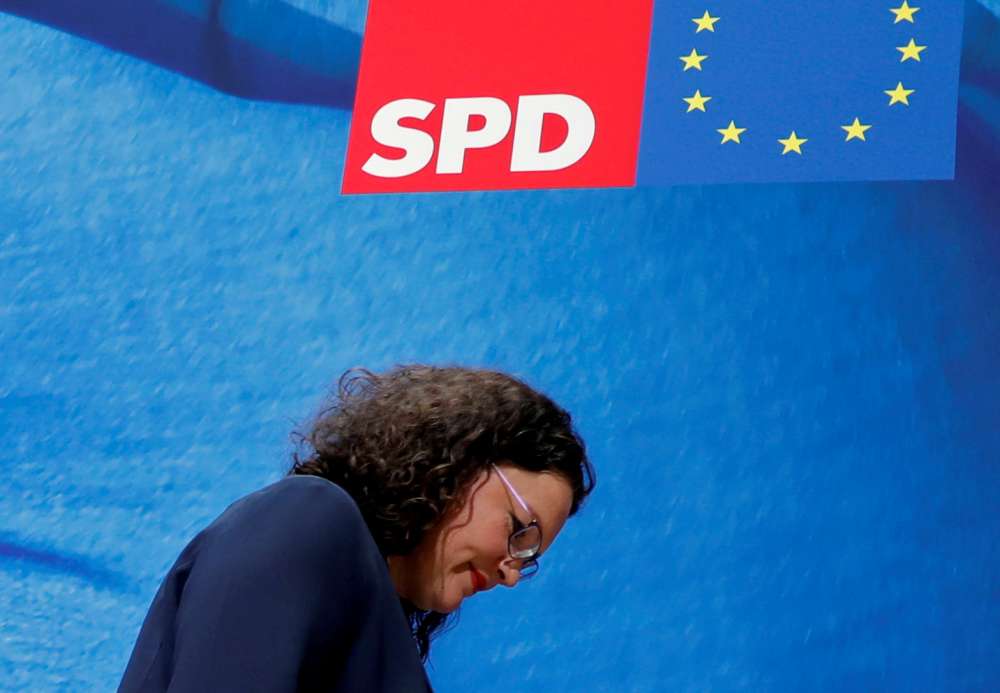 Germany’s Social Democratic Party (SPD) chief Andrea Nahles said she would resign on Sunday as well giving up her position as head of its parliamentary group, saying she did not have the support she needed to lead it.

The leadership upheaval comes as the Greens have overtaken Chancellor Angela Merkel’s conservatives to become the most popular party in Germany, an opinion poll on Saturday showed, with the SPD support at an all-time low.

“The discussions within the parliamentary faction and feedback from within the party have shown me that I no longer have the necessary support to carry out my duties,” Nahles said in a statement released by the SPD on Sunday.

The politician said she would resign as head of the SPD on Monday and quit as leader of the party in parliament on Tuesday.

Nahles was due to face a vote on her leadership position on Tuesday after her decision to stay in coalition with Angela Merkel’s conservatives was criticised by the party’s left.

“I am very sure that it would not be justifiable for us to have a fifth grand coalition,”

“Three grand coalitions in a row would not do democracy in Germany any good,” Scholz told the German paper in an interview published on Sunday before Nahles announced she would resign.

Former SPD leader Martin Schulz told Germany’s Welt am Sonntag newspaper that he would not stand against Nahles in the leadership vote on Tuesday but declined to answer whether he would seek to be re-elected leader thereafter.