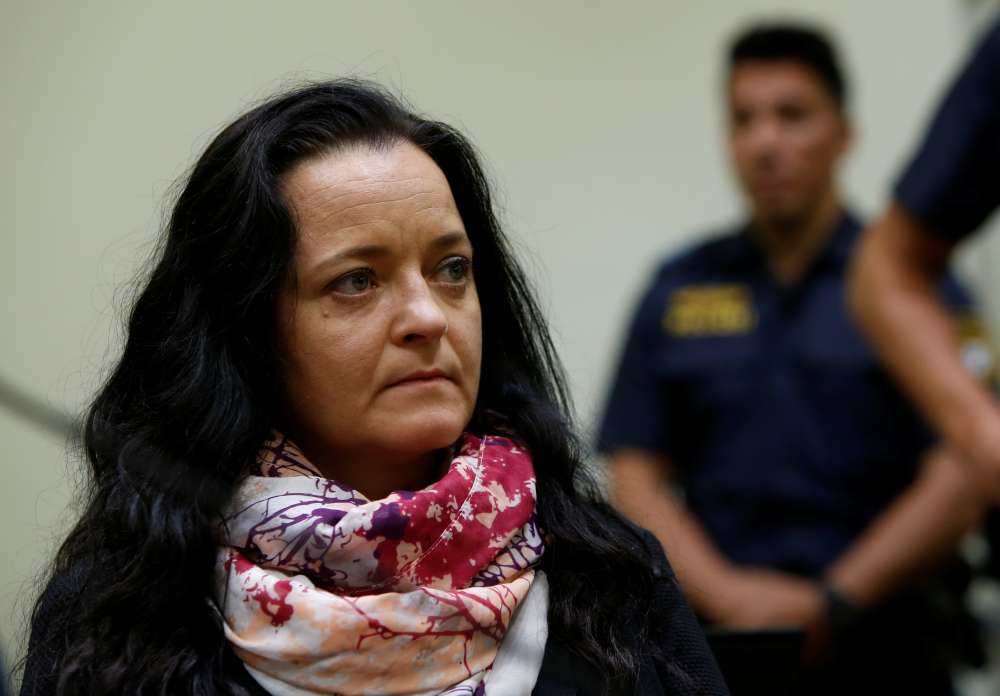 A German woman was sentenced to life in prison on Wednesday for her part in the murders of 10 people during a seven-year campaign of violence by a neo-Nazi gang.

The Higher Regional Court in Munich ruled that Beate Zschaepe was part of the National Socialist Underground (NSU), whose members killed eight Turks, a Greek and a German policewoman.

Zschaepe had denied taking part in the murders with two men, Uwe Boehnhardt and Uwe Mundlos. They killed themselves in 2011 when police discovered the gang by chance. During the trial she said through her lawyer that she felt morally guilty for not stopping them.

The NSU attacks were the most violent of their kind in Germany since the end of the far-left Red Army Faction’s two-decade killing spree in 1991, which left at least 34 dead.

Last week, Zschaepe told the court she did not know how the victims were chosen. She said she only realised the full extent of the crimes after she turned herself in.

Zschaepe’s lawyers had urged the court to convict her of the lesser charges of arson and robbery. But the court convicted her of 10 counts of murder and handed out its toughest sentence.

Zschaepe, wearing a purple and white scarf and black outfit that matched her black hair, chatted calmly with her lawyer in the court room before the verdict was read out.