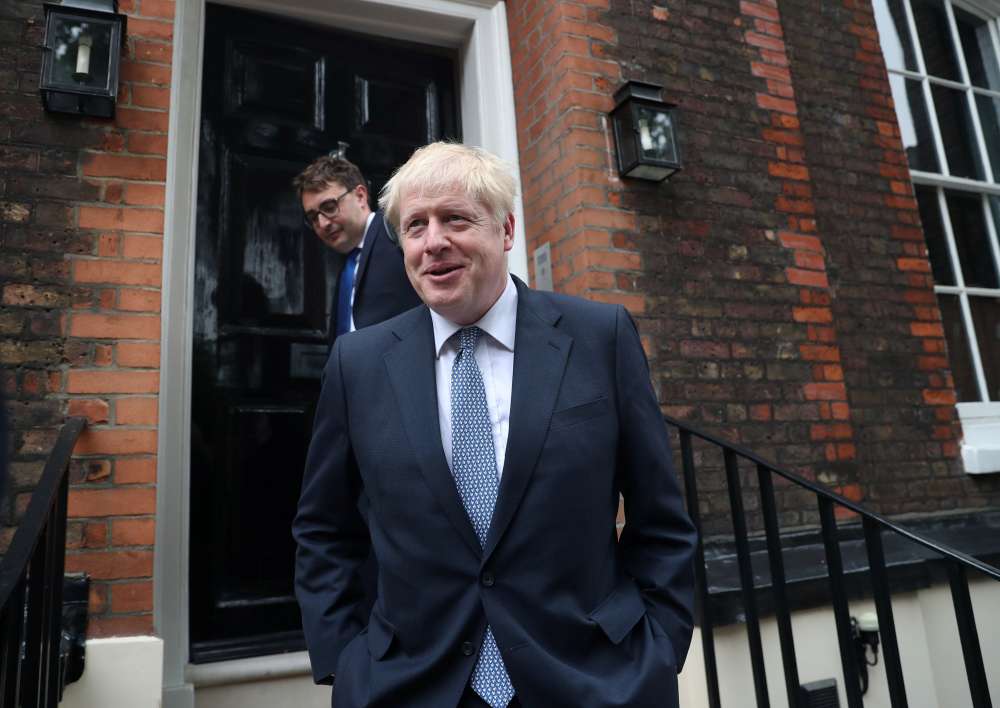 Loose cannon or influential statesman – what kind of British prime minister would Boris Johnson make on the world stage? Judging by his time as foreign secretary, possibly both.

When Johnson was given the foreign job in 2016, after Britain voted to leave the EU, he was viewed as an unlikely choice by politicians and public alike given his tendency to court controversy with gaffes, oddball jokes and off-the-cuff remarks.

The early days seemed to confirm the worst fears of those who saw the Conservative lawmaker as an unsuitable diplomat, at a critical time when Britain needed to forge new political and commercial ties with a slew of countries.

What should have been a routine conference in Italy, the “Mediterranean Dialogues Forum” aimed at building relations with leading envoys from the West and Middle East, instead turned into something of a diplomatic incident.

Johnson made headlines by going off-script and accusing Saudi Arabia, an important regional ally, of acting as a puppeteer in proxy wars under the guise of religion.

The backlash was swift from Prime Minister Theresa May, who said his comments did not reflect “actual policy”, dishing out what a government source described as a shocking and very public “cuffing” for a senior minister.

Now May is stepping down over her failure to extract Britain from the European Union. Johnson, a leader of the Brexit campaign, is the overwhelming favourite to become leader of the governing Conservative Party next month, which would also make him prime minister.

The 55-year-old, famous for his messy mop of blond hair and dishevelled style, has turned upper-class English eccentricity into a political asset in Britain and perfected a personal brand based on a comic talent and a seemingly shambolic style.

His critics say this robs him of statesman-like gravity, arguing that it’s difficult to take seriously a man who once said the chance of him becoming prime minister was about as likely as finding Elvis on Mars.

However two of Johnson’s aides and another veteran Conservative who knows him said that he was often misunderstood and that beneath his blustering, self-confident demeanour was a shy, serious man focused on his goals.

He is a natural introvert, two sources close his team told Reuters, adding that his shyness is often construed as arrogance, and he needs a lot of time alone before speaking in public – distinctively at odds with the public perception of Johnson being a natural, unscripted showman.

“Before speaking to a room, he needs to corral himself,” said the veteran Conservative. “It’s not a performance but it saps him of energy. He just needs to summon up the energy.”

One aide, a government source and an EU diplomat also pointed to an influential, but behind-the-scenes, role he played as foreign secretary following the poisoning of a former Russian spy, Sergei Skripal, by a nerve agent last year in England.

One government source said Johnson had put his “shoulder to the wheel” to win international support for sanctions and Russian diplomatic expulsions from a long list of countries.

A senior European diplomat agreed that he was “professional” in this role, which attracted little publicity.

“People in Brussels didn’t take Boris seriously back then,” the diplomat said. “In March last year, he showed he could drop the clownish personality, he showed a will to discuss the Skripal affair in the most serious terms and to make the point to his counterparts that they needed to back Britain on this.”

Alexander Boris de Pfeffel Johnson, to give his full name, is something of an enigma at home and abroad.

He is man of apparent contradictions, with his privileged background and bursts of Latin phrases seemingly at odds with his popular appeal when elected mayor of left-leaning London in 2008 with the biggest personal mandate in British history.

He is one of those rare politicians to be most commonly referred to by most members of the public by their first names.

Like U.S. President Donald Trump, he can emerge unscathed from gaffes and scandals that would sink any normal public figure. Other offensive remarks he has made include calling black people “piccaninnies” and saying Muslim women wearing burkas “look like letter boxes”.

“Boris is a flawed character and flaky but most politicians are underneath,” said Ed Costelloe, chair of the campaign group Conservative Grassroots. “It would be lovely to have Mother Theresa as prime minister, but it ain’t going to happen.”

In fact, some people love him all the more because he appears to be an irreverent insurgent who defies the media training of polished politics, shooting from the hip with comic timing and flair. Others seem to give him more leeway.

After his incendiary comments on Saudi Arabia, for example, two British officials said his words had not in fact gone down badly in Riyadh. “The Saudis appreciated his buffoonery, they understand his kind of humour,” said one of the officials.

The biggest task ahead, should he become leader, would be withdrawal talks with the EU, which has said it will not reopen the Withdrawal Agreement agreed by May in November – a deal that was repeatedly rejected by British lawmakers and led to the original Brexit date of March 29 being pushed back.

Johnson has offended many in Europe, with remarks such as suggesting Italy should help with a Brexit deal to avoid losing out on sales of Prosecco sparkling wine and declaring it was “bollocks” to say that freedom of movement was a founding principle of the EU.

Yet the British government sources said his ability to wrestle changes to the deal from Brussels, as he has demanded, would come down to whether he can carry the support of British lawmakers and end a stalemate that has incensed EU officials.

“His success depends on whether the EU believes he can actually command a majority,” said one of the sources. “The thing about the PM was that they just didn’t believe she could ever get it through so were never going to give any more ground. If they think Boris can get it through, they might shift.”

IT’S ALL ABOUT BREXIT

Johnson has cast himself as the only leadership candidate who can deliver Brexit on the next deadline of Oct. 31 – with or without a deal.

The sources close his team said he was approaching his bid in a similarly quiet way to the Skripal manoeuvring. He has built support through behind-the-scenes talks with lawmakers rather through media appearances and speeches – and had been conspicuously absent from public sight until this week.

He has been listening closely to the counsel of his closest aides and veteran election strategist Lynton Crosby, who is not officially on the payroll but is offering advice.

Johnson’s strategy of steering clear of the airwaves and avoiding public head-to-head debates has been carefully thought through as part of a leadership campaign in the works for months in anticipation of May’s announcement five weeks ago that she would step down, said the sources.

The plan appeared uncharacteristic for a man who made his name by being highly visible, including appearing in comedy shows and one of Britain’s best-loved TV soap operas.

He even drew accusations from his only remaining leadership rival, Jeremy Hunt, of being a coward for avoiding head-to-head debates. Work and Pensions Secretary Amber Rudd said she found Johnson’s decision to ignore live TV debates “very odd”.

The strategy was partly borne of the fact that Johnson is widely viewed as a near-certainty to win the party leadership, and become prime minister, barring an unforeseen catastrophe.

Foreign Secretary Hunt voted to stay in the European Union in 2016, which is likely to count against him among the around 160,000 party members who will choose the winner and are mainly pro-Brexit.

However Johnson was forced to veer from the gameplan and break cover this week when he was faced with exactly the kind of negative publicity his team had hoped to avoid, after a neighbour called the police upon hearing Johnson and his girlfriend shouting and smashing plates.

Police found no cause for action, but the story dominated the front pages of Britain’s newspapers, with some questioning Johnson’s character and past – he is divorcing his second wife and has had several reported affairs.

Following the furore, he changed gear and launched into a media blitz on TV and radio.

Nonetheless, few in his party believe anything can seriously impede his cruise to 10 Downing Street.

“Boris is still well ahead with the membership who will ultimately decide who the next prime minister is,” said Conservative lawmaker and Johnson supporter Andrew Bridgen.

“The overriding issue is Brexit and unfortunately Jeremy voted remain.”

By In Cyprus
Previous article
Cyprus to set up Deputy Ministry for Digital Strategy, Research and Innovation, President says
Next article
Cyprus lodges protest at UN over Turkey’s airspace and sea violations