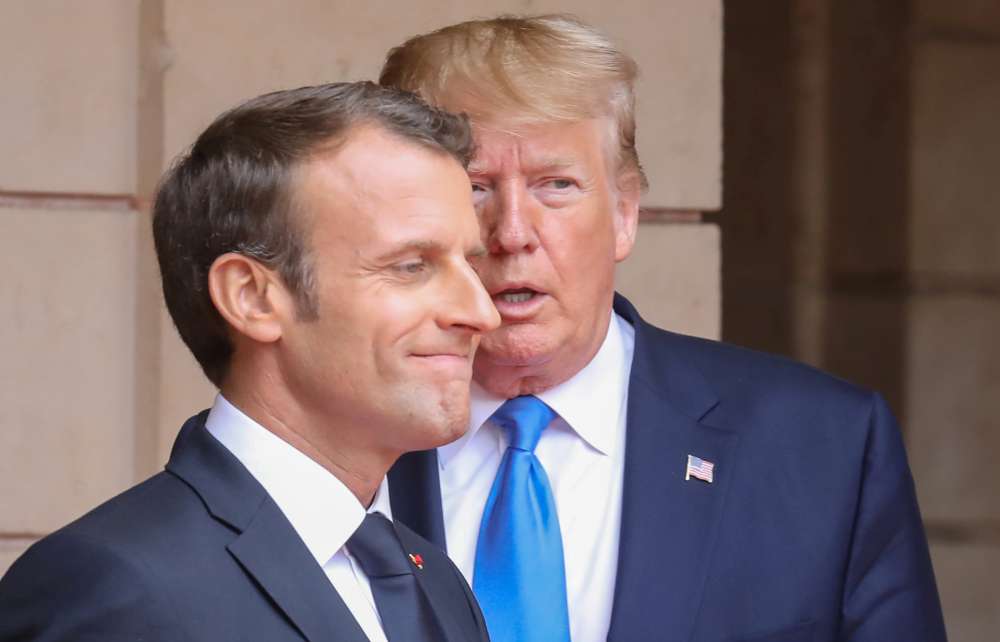 The summit host, President Emmanuel Macron of France, has set the bar low for Biarritz to avoid a repeat of the fiasco last year when Trump threw Canada’s G7 summit into disarray by leaving early, scotching the final communique.

Macron, an ardent europhile and staunch defender of multilateralism, will count on incremental advances in areas where a united front can be presented, with the meeting, which runs from Saturday to Monday, officially focusing on the broad theme of reducing inequality.

On hot-button issues, they will, when necessary, have to agree to disagree.

“We have to adapt formats. There will be no final communique, but coalitions, commitments and follow-ups,” Macron said. “We must assume that, on one subject or another, a member of the club might not sign up.”

But the tougher discussions lie elsewhere. The Sino-U.S. trade war has spurred fears of a global economic slump; European powers are struggling to defuse tensions between Washington and Tehran; and Trump has shown little enthusiasm for France’s push for a universal tax on digital multinationals such as Google and Amazon, and turned his back on efforts in Europe and around the globe to limit carbon emissions to slow climate change.

The crisis in Kashmir and street protests in Hong Kong may also be touched on during the talks in France’s Atlantic coast surfing capital, where some 13,000 police will be drafted in to prevent any violent anti-globalisation demonstrations.

“There’s no doubt that we will discuss how trade frictions could affect the global economy,” a Japanese government official said. “But it is difficult to deliver messages to the outside, since a communique won’t be issued.”

Strained relations between the United States and its top allies mean that where once they were in agreement, they now seek the lowest common denominator.

“It won’t be productive to push something that someone — whether it’s America or some other country — would not agree to do,” the Japanese official added.

Moreover, Italy’s prime minister resigned on Tuesday, Canada is heading for an election, German Chancellor Angela Merkel’s influence on the world stage is waning ahead of her departure, and Britain is probably on the verge of either leaving the EU or a snap election.

One unknown is where British Prime Minister Boris Johnson will position himself, making his debut on the global stage at a summit that will lay bare new realities as Britain’s influence in Europe collapses and its dependency on the United States grows.

With less than three months to go before the United Kingdom is due to leave the EU – with or without a divorce deal, according to Johnson – his government has sought to cosy up to Trump’s White House with a view to future trade deals.

Francois Heisbourg of the International Institute for Strategic Studies said the combination of two personalities “not well-known for their self-control” was “political nitroglycerine”.

He said it might be entertaining, “but if it actually gets in the way of more substantive proceedings, that would be another story”.

While Johnson will want to avoid crossing a volatile Trump and putting trade ties at risk, analysts say, he will also be wary of alienating himself from other leaders who have a more multilateral approach to world politics.

One French diplomat who declined to be named said Paris was curious to see how the Trump-Johnson dynamic played out in Biarritz:

“Even with Brexit in the background, we still have the sense that the British reflex when it comes to international crises is to turn to us and the Germans first.”

By In Cyprus
Previous article60,000 passengers expected to use Cyprus airports in busiest day this year
Next articleLimassol: Search continues for missing swimmer