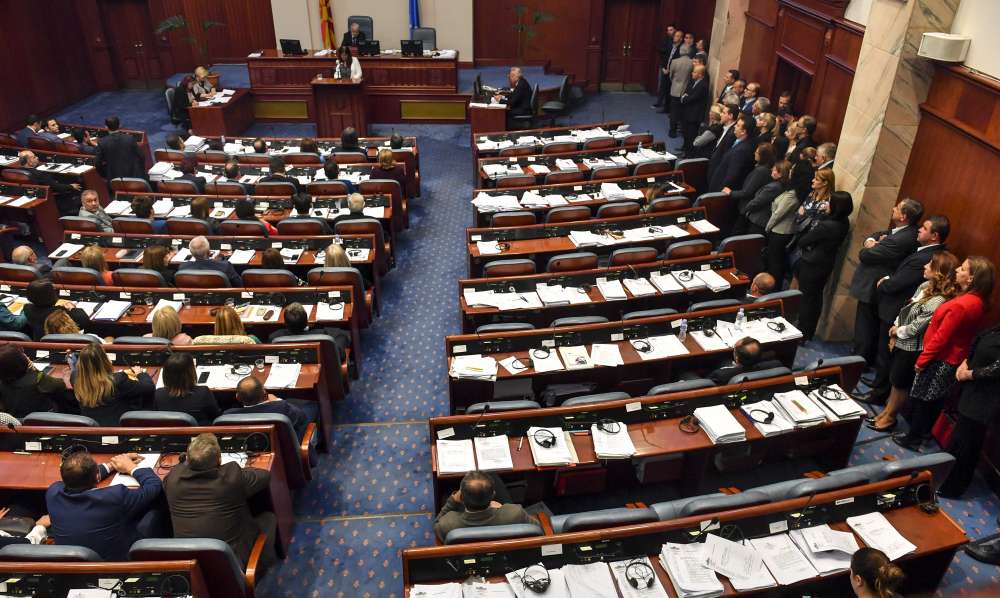 The parliament of the Former Yugoslav Republic of Macedonia (FYROM) on Friday approved a proposal to change the country’s name, bringing a decades-old dispute with Greece one step closer to being resolved.

A total of 80 deputies in the 120-seat parliament voted in favour of renaming the Balkan country Republic of North Macedonia – just reaching the two-thirds majority needed to enact constitutional changes.

The move could unblock its bids to join NATO and the European Union, long blocked by Greece, which argues that “Macedonia” implied territorial claims to a Greek province of the same name.

The two countries reached agreement on the name change in June.

But hurdles remain before the change can be formalised.

A referendum on the agreement failed to pass the turnout threshold of 50 percent, leaving it up to the Skopje parliament to settle the issue.

The procedure to complete constitutional changes is lengthy and requires several rounds of voting, with Friday’s being just the first stage. The procedure should be completed by January at the latest.

“Today is a historic day for the country,” Prime Minister Zoran Zaev said.

Once FYROM formally changes the constitution, the Greek parliament will also have to vote on the deal.

Defence Minister Panos Kammenos, who heads a small right-wing party that props up the government in the legislature, has threatened to quit the coalition if the Greek vote goes ahead.

“A great day for democracy in Skopje,” Johannes Hahn, the EU’s commissioner in charge of enlargement, wrote on his Twitter account.

“I congratulate all those who decided to walk on along the EU path.”