From Russia with attitude: Pussy Riot slates Kremlin at Fringe 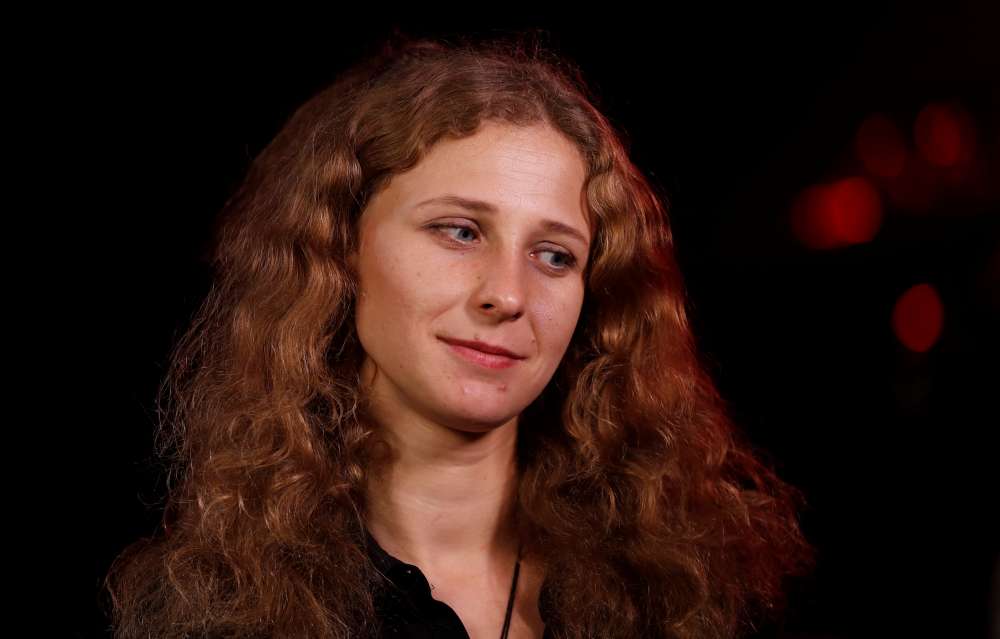 Screaming, chanting, and torrents of religious-style vocals are the backdrop to Pussy Riot’s Edinburgh Fringe show, which centres on the real-life trial and imprisonment of Russian frontwoman Maria Alyokhina.

A fierce critic of Russian President Vladimir Putin, Alyokhina, 30, retells the story of the group’s 2012 protest performance in a Moscow cathedral and the two-year prison sentence she and another band-member received for it.

The group uses video footage and subtitles on two screens above the stage and rants at a delighted public, at one point spraying them with water and throwing bottles into the crowd.

The band’s lyrics are sacrilegious and feminist, and make fun of Russian power in songs like “Putin peed his pants”, with lyrics like “The glorious Madonna will teach you how to fight/The feminist Magdalene went to a protest march”.

“Our country is not only these assholes at the Kremlin, but us as well,” Alyokhina told Reuters before the show.

“(We are about) freedom and truth: Maybe it sounds naive but … you can get imprisoned because of a song or because of a Facebook post, but it’s not one or two cases, it’s happening every week now.”

Her book “Riot Days”, which she is also presenting this week at the Edinburgh International Book Festival, is part protest manual, part memoir. She aims to show what she says is the true face of Putin and to inspire others to say “no”.

Pussy Riot’s tour of the United Kingdom comes as relations with Russia are at a low after the poisoning of former Russian double agent Sergei Skripal and his 33-year-old daughter, Yulia.

Britain has blamed Russia for the attack and, together with Western allies, expelled dozens of diplomats. Russia denies any involvement.

Alyokhina said the poisoning was no surprise, given that the security services are the major force in Russian politics. “It’s (the KGB Russian secret service) method. It’s a method which was created 100 years ago, and it’s still alive,” she said.

To attend the Edinburgh festival Alyokhina defied an order that she stay in Russia, but she did not give details on how she did so. She said she would return to Russia, despite fraught dealings with the authorities, where she has an 11-year-old son.

Asked if she feared for her life, she said: “No. Fear paralyses people. And if you want changes, you should overcome yourself.”

Russia hosted the World Cup earlier this year, and what was largely seen as a successful championship was set off-kilter by a brief invasion of the pitch by Pussy Riot members during the final.

Alyokhina said she was not convinced of Putin’s popularity in Russia, saying that he was aided by the repression of his opponents. In March, he secured a new six-year presidential term after more than 70 percent of voters backed him.

“In spite of the fact all the (television) channels belong to him, look what’s happening in the street. Students, teenagers, people from completely different parts of society come out to protest in spite of the fact that they could find themselves behind bars at any moment for doing that,” she said.

“I believe that’s the real Russia.”