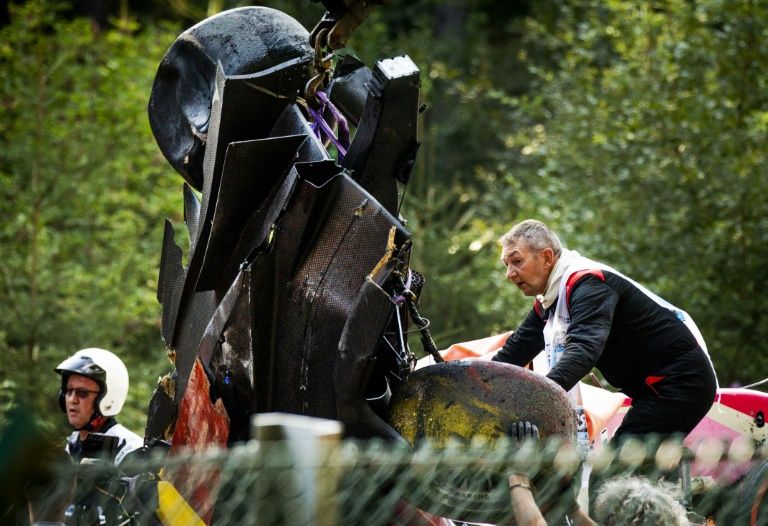 The 22-year-old was hit by Ecuadorian-American driver Juan Manuel Correa after he had already gone off into the barriers at the Spa-Francorchamps track’s fast Raidillon corner in an incident involving multiple cars.

“As a result of the incident, the FIA regrets to inform that the driver of car 19, Anthoine Hubert, succumbed to his injuries, and passed away at 18:35,” the governing body said in a statement.

Correa, who was also injured in the crash, was in a stable condition and was receiving treatment at the CHU Liege hospital, the FIA added.

The incident occurred on the second lap of the race, which was initially suspended then abandoned.

The series’ second race of the weekend is scheduled for Sunday ahead of the Belgian Formula One Grand Prix.

Hubert’s death is the first driver fatality at a Formula One race weekend since Ayrton Senna and Roland Ratzenberger were killed at Imola in 1994.

Jules Bianchi, who suffered serious head injuries at the Japanese Grand Prix in October 2014, succumbed to his injuries in July the following year.

Formula Two is a feeder series and support category to Formula One and races on the same weekends.

Mick Schumacher, son of seven-times world champion Michael, is currently in his first season in series, whose field includes drivers supported by Formula One teams.

Hubert was a Renault-backed driver.

Mercedes and Renault cancelled their planned media sessions after the accident.