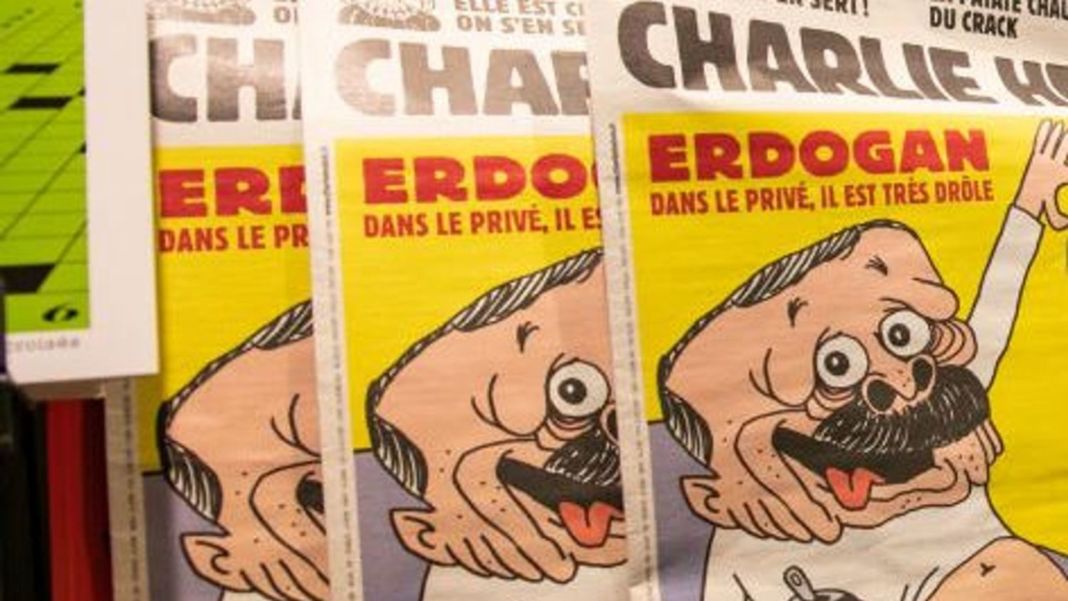 France will not give in to ‘intimidation’ from Turkey, spokesman Gabriel Attal told reporters at a briefing on Wednesday (October 28), after attacks from Turkish officials on French satirical weekly Charlie Hebdo, which had published a caricature of Turkish Tayyip Erdogan.

The cartoon on the cover of Charlie Hebdo showed Erdogan sitting in a white T-shirt and underpants, holding a canned drink along with a woman wearing an Islamic hijab. Turkish officials described it as a “disgusting effort”.

France and Turkey have been at loggerheads over cartoons of the Prophet Mohammad, after a teacher who had shown pupils the cartoons in a lesson on freedom of speech was beheaded in France this month. Muslims consider any depiction of the Prophet as blasphemy.