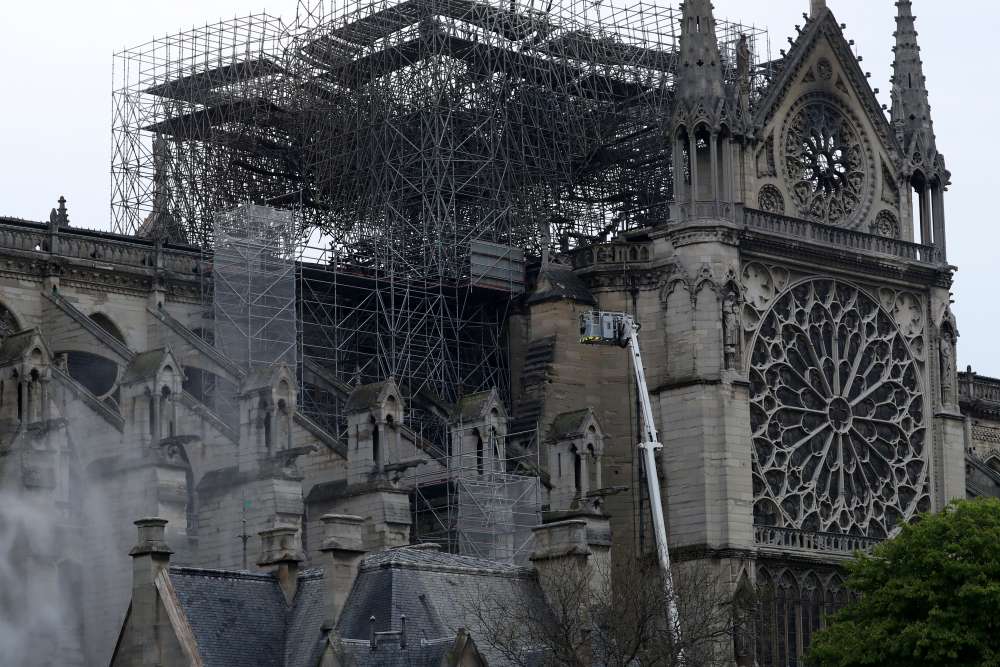 French authorities have no grounds to believe that the fire which wrecked Paris’ Notre-Dame Cathedral in April was the result of criminal action, although they were probing the possibilility of negligence, said the Paris prosecutor’s office.

“If certain failings, which may explain the scale of the fire, have been brought to light, the investigations carried out to this date have not yet been able to determine the causes of the fire,” said a statement from Paris prosecutor Remy Heitz.

However, Heitz added that an investigation had been opened into the possibility of negligence having caused the blaze.

A massive fire consumed Notre-Dame Cathedral on the evening of April 15, gutting the roof of the Paris landmark and stunning France and the world, though firefighters saved the main bell towers and outer walls from collapse before bringing the blaze under control.