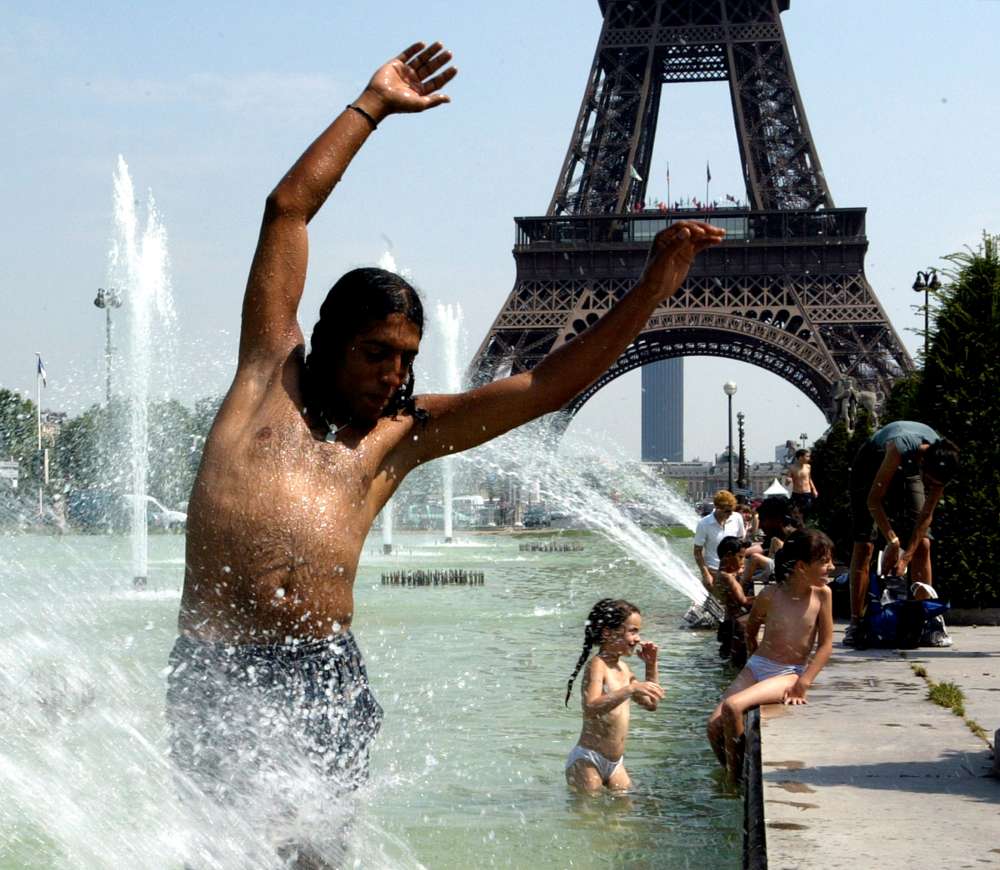 Authorities in Paris are setting up “cool rooms” in municipal buildings, opening pools for late-night swimming and installing extra drinking fountains as France braces for a “potentially dangerous” heatwave that could see record temperatures for June.

Shoppers in the French capital rushed to buy ventilator fans as the mercury headed towards 34 degrees Celsius (93 Fahrenheit) on Monday and was expected to climb higher later in the week. Night-time temperatures are unlikely to bring much respite.

The heatwave, which is also expected to engulf Spain, Germany, Switzerland and Belgium, is reviving memories in France of August 2003, when searing temperatures overwhelmed hospitals and caused the deaths of some 15,000 people, mostly elderly.

Parts of eastern and southern France will see the highest temperatures this week, peaking on Thursday, Meteo France said. The current record temperature for June stands at 41.5 degrees, registered near Narbonne in southern France in June, 2003.

“We could see temperatures in localised areas hit record highs,” Meteo France said. “This heatwave could be remarkable for how early it has come as well as its intensity.”

The unseasonably early heatwave has been caused by a storm stalling over the Atlantic Ocean and high pressure over central and eastern Europe, causing hot air to be sucked up from the Sahara desert, weather site AccuWeather said.

“A potentially dangerous heat wave will grip a large swathe of western and northern Europe this week,” meteorologists wrote on AccuWeather.

Relatively high humidity levels mean it will feel more like 47 degrees, they said.

Paris Mayor Anne Hidalgo told the Journal du Dimanche that as many as eight swimming pools would remain open after 10pm during this heatwave, bathing would be permitted in La Villette canal basin and three temporary pools would be opened in densely populated neighbourhoods of the capital.

Drinking water will be handed out to the homeless and schools in and around Paris have urged pupils to bring water and wear sun cream.

“We’re ready. This heatwave will be intense,” Hidalgo told the weekly newspaper.

Farmers in France, the European Union’s largest grain growing nation, are worried about damage to crops. Grains such as rapeseed and wheat are in their crucial pre-harvest period making them more fragile to heat stress.

The potential for crop damage during the scorching weather supported Euronext wheat futures on Monday. Water restrictions, including for irrigation, are already in place in one fifth of mainland France’s 96 administrative departments.

Meanwhile, on the power market, spot electricity prices for day-ahead rose on expectations of a rise in demand during the heatwave.

By In Cyprus
Previous article
Police chief: Officers guilty of dereliction of duty to be held to account
Next article
Cyprus top recipient of applications from asylum seekers per capita in EU