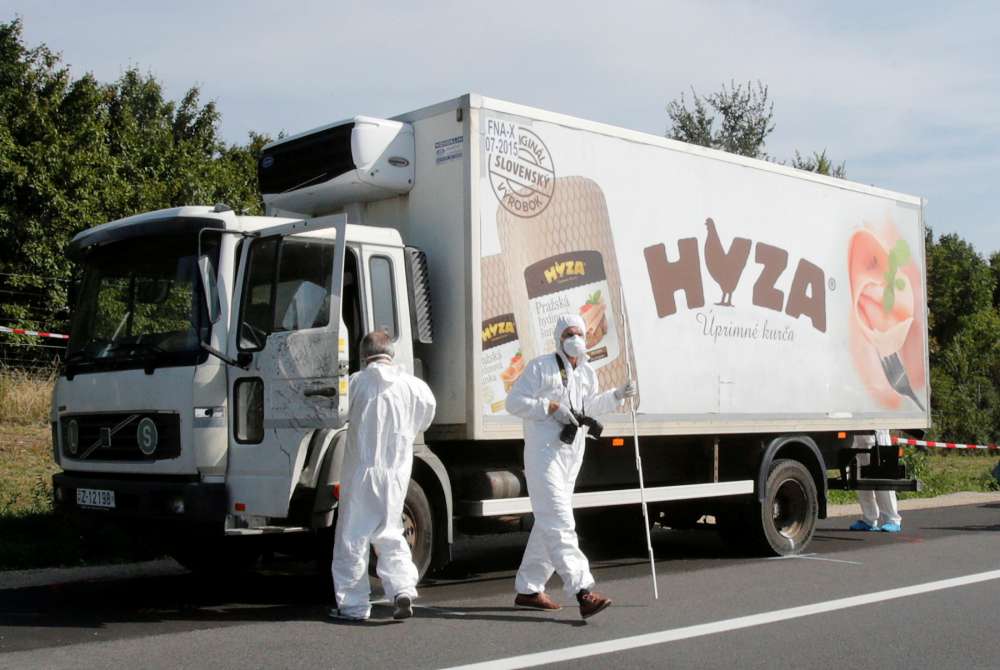 Four human traffickers were jailed for life in a Hungarian court on Thursday for the deaths of 71 migrants whose decomposing bodies were found crammed inside a truck dumped on an Austrian motorway in August 2015.

In a final ruling, trial judge Erik Mezolaki said three of the traffickers would have no possibility of parole, while the fourth would serve a minimum 30 years.

An Afghan ring leader and three Bulgarian accomplices were guilty of manslaughter for refusing to stop the refrigerated truck to open the doors and let air in, despite the pleas of those inside.

The passengers realised they were in danger of suffocating, so they banged the doors, screamed and shouted to get the driver’s attention, a judge told an earlier court hearing last year.

The deaths of 59 men, eight women and four children from Syria, Iraq and Afghanistan shocked Europe as it was struggling to cope with a massive influx of migrants.

The incident was the worst of its kind on the route across the Balkans taken by hundreds of thousands fleeing war and poverty in the Middle East, Africa and Asia.