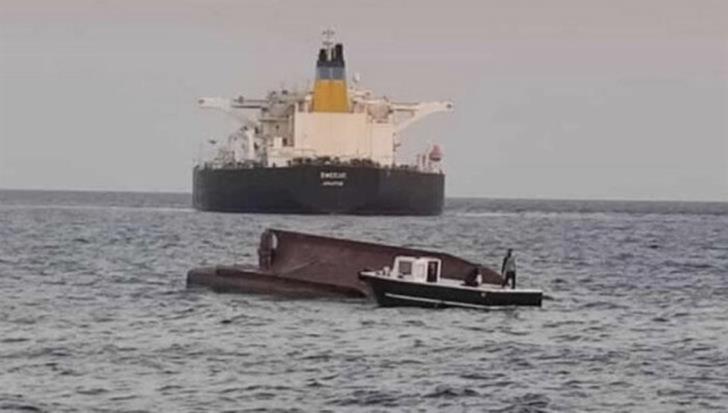 Four people on board a Turkish fishing boat that collided with Greek-flagged tanker along Turkey’s Mediterranean coast were found dead on Wednesday while one is still missing, according to media reports from Ankara.

The Turkish coast guard has said the collision between the Polatbey fishing boat and the Greek-flagged Ephesus occurred at dawn some 15 nautical miles off the coast of Karatas in Adana province.

A search-and-rescue operation involving three coast guard boats and a team of diver was launched shortly after communications with the boat was lost.

The coast guards later recovered four bodies and was still searching for a fifth person. The cause of the collision wasn’t immediately known.

Twenty-seven crew members, 13 of whom are Greek nationals, were onboard Ephesus during the collision while the number of people on the fishing boat has not been clarified yet.