Forbes: Turkey’s Regime Is Paralyzed By A Mob Kingpin’s Revelations 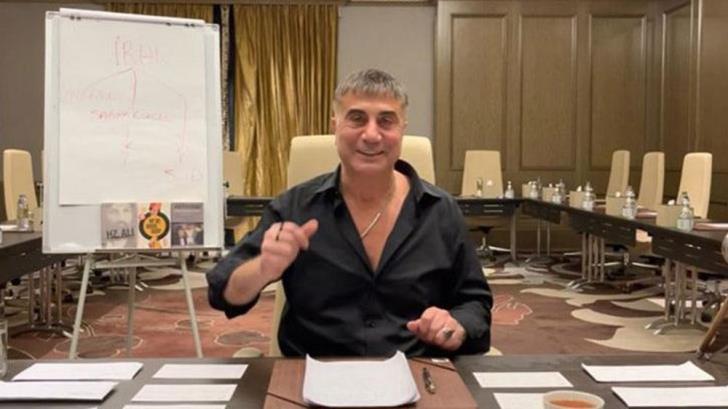 The world’s most colorful political psychodrama is unfolding in Turkey, convulsing the country and its power heirarchy.

A top Turkish underworld figure, Sedat Peker, has parted ways from the ruling Erdogan party and is posting long videos on Youtube alleging all manner of crimes by leading figures in government and their allies.

Crimes from bribery to murder to rape to drug smuggling and much else like threatening opposition media, commandeering zillions from national banks and corrupting the judiciary so routinely that no rule of law can be said to exist.

Deploying mafia to do its dirty work – this is what Turks call ‘the deep state’ – they invented the phrase – was a phenomenon that flourished in the 1990s and before, which Erdogan first came to power promising to eradicate.

It seemed for some years that he had. Having done so, it now seems he allowed another deep state to grow around him, one that serves his party elite and its cronies.

Viewed by over 50 million people at last count, the videos have paralyzed governance and cracked the legitimacy of Erdogan’s regime. And thus far a disquieting amount of the information the mobster alleged appears to have a prima facie believability.

Some of the early facts tally with reality, dates, travel tickets, known meetings and the like. Here is an article that specifies details of various accusations and outlines the Turkish state’s long history of collaborating with extra-legal forces.

I do not intend, in this column, to itemize the accusations or debate their authenticity. Peker claims more videos are in the offing. The process is ongoing. But nobody has yet teased out the geo-strategic connotations. That is our brief.

Why should the rest of us care? Sedat Peker’s videos come at a time when the regime has lost popular support almost totally, even among its conservative base, which is why the allegations resonate so acutely.

Erdogan’s recent populist maneuvers are not gaining purchase: such as his proxy victory with Turkish drones for Azerbaijan over Armenia in the recent Karabagh conflict, his opening of the massive Taksim Square mosque dominating over a secular entertainment neighborhood and the like.

He should be riding high among pan-Turkists and Islamists. But the collapsing currency, the tottering economy, the oligarchic corruption, plus the Peker videos depicting a dark and scary kleptocracy have likely put paid to Erdogan (as many native commentators argue).

He may resort to full-fledged Belarus-style autocracy. If so, the West will find it hard to collaborate with him politically.

Whether he goes or stays, instability looms for a country so strategically positioned that the EU, the Balkans, Nato, the Russo-sphere, the Middle East and Central Asia all are affected by any potential meltdown.

If you doubt it, consider that these are places where Erdogan has already interfered, such is Turkey’s reach. And if you were inclined to the view that it’s all a storm in a teacup within the country, you should think again.