Floods in Indonesia kill 11 children, rescuers search for one missing 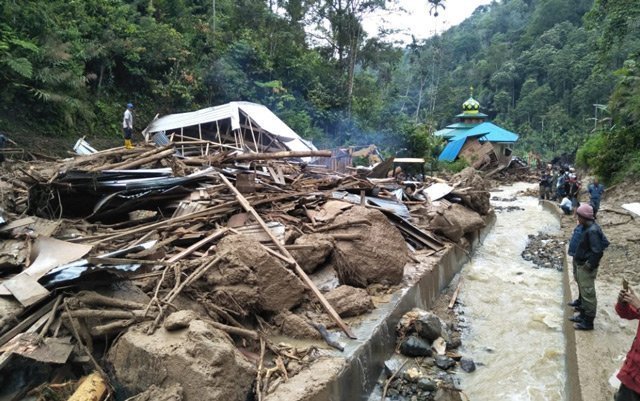 Flash floods killed at least 11 children at an Islamic school in the Indonesian province of North Sumatra on Friday, with rescuers searching for one missing student, authorities said.

The floods hit the area of Mandailing Natal in North Sumatra on Friday after torrential rain, destroying over 20 houses.

“The head of the district is checking with local families for missing people…because 12 houses were swept away by the floods and nine houses were heavily damaged,” he said.

Sinuhaji told Reuters a class of 29 students had been studying at the school in the village of Muara Saladi when the floods brutally hit the school at 4.15 pm local time on Friday. The Mandailing Natal police chief confirmed all were accounted for apart from the 11 confirmed dead and one missing.

Photos of the disaster carried in local media depicted rescuers digging through mud and rubble in a collapsed building.