Flag comes down on U.S. Palestinian mission in Jerusalem 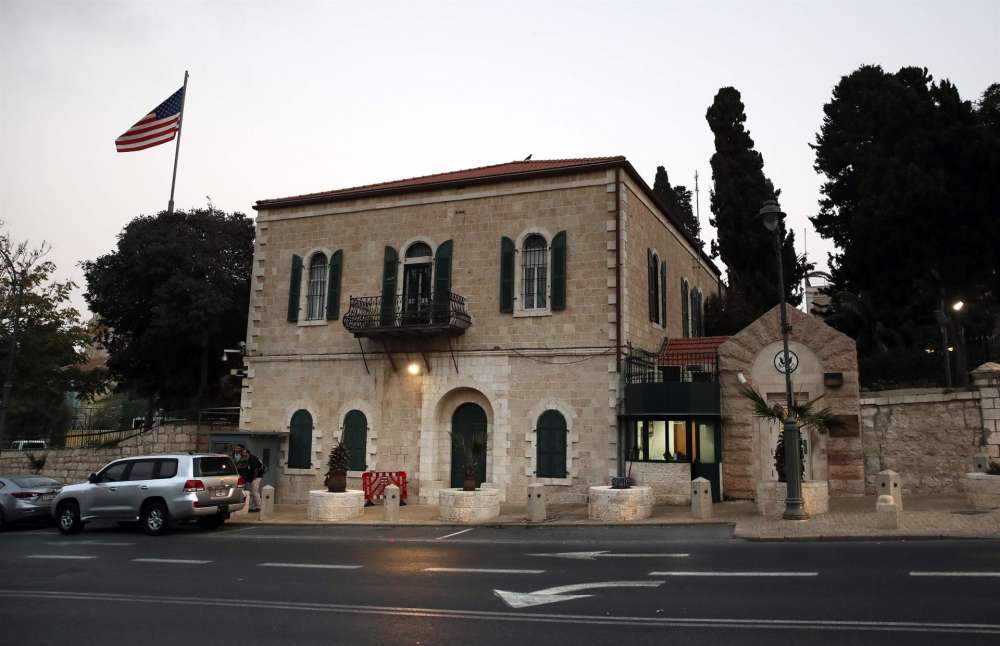 The United States lowered the flag on Monday at the Jerusalem consulate that had served as its diplomatic channel to the Palestinians, merging the mission with the new U.S Embassy to Israel in the contested city.

The Palestinians, who have boycotted the Trump administration since it shifted long-standing U.S. policy in December 2017 by recognising Jerusalem as Israel’s capital, voiced anger at what they see as Washington’s latest move against them.

Whereas previously the consulate reported on Palestinian matters directly to Washington, its staff have now been repurposed in the embassy as a “Palestinian Affairs Unit” under the U.S. ambassador to Israel, David Friedman.

“This is the last nail in the coffin” of peacemaking, veteran Palestinian negotiator Saeb Erekat said on Twitter.

Israeli-Palestinian talks collapsed in 2014 and the White House says it intends to present a new peace plan after a national election in Israel in April.

Israel deems all of Jerusalem, including the eastern sector it captured in the 1967 Middle East War and annexed in a move not recognized internationally, as its undivided capital.

Washington has avoided such language, however, signalling that the final status of the city should be negotiated by the sides.

Palestinians want to make East Jerusalem the capital of a state they seek in the occupied West Bank and the Gaza Strip.

The European Union’s latest report on Israeli settlements in the West Bank, released last month, said continued expansion had made the chances of a two-state solution with Jerusalam as the capital of both “increasingly unattainable”.

Building of new houses had continued at an unprecedented rate in the second half of 2018, opening the way for more Israelis to move in, the report said.

At the ornate consulate on Agron Street in downtown Jerusalem, the flag ceremony was kept low key under grey winter skies. Friedman, who helped spearhead May’s relocation of the U.S. Embassy from Tel Aviv to a different converted consular building in south Jerusalem, was not present.

U.S. officials said the Stars and Stripes banner was taken down and presented to departing consul Karen Sasahara as a farewell gift, in keeping with foreign service custom, after which another U.S. flag was run up.

The U.S. State Department said the merger was driven by operational efficiency and did not signal any change in policy.

“Our work and our team will continue to work on reaching peace in this land,” Sasahara said on YouTube.

But that plan appeared to have slowed. On Monday, the consulate plaque had been removed from the building facade, leaving a blank space.

The U.S. consulate in Jerusalem had dated back 175 years, to when the city – holy to Jews, Christians and Muslims – was under Ottoman rule.

By In Cyprus
Previous articleDog poisonings, threats reported in Strovolos
Next articleTwo more teenagers killed at weekend as knife murders in Britain soar