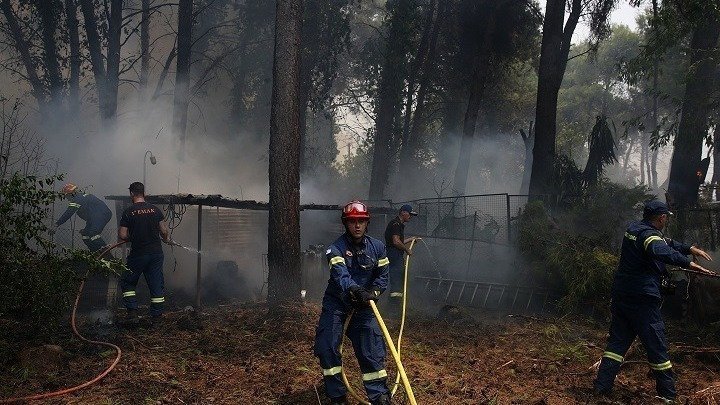 Major fires have flared up again in Varybobi on Thursday afternoon, according to the fire brigade. According to the latest update, the flames have rekindled in three places, with the most worrying being that near the Olympic Village, which prompted a warning for the evacuation of the Drosopigi and Ippokratio Politia areas.
The second fire has flared up within the former royal estate and the third is in the Helidonous ravine near Adames.
A message sent via the 112 European emergency number to evacuate Drosopigi and Ippokratios Politia, with people in the latter advised to head toward the national highway and those in the former toward Afidnes and Oropos. A second 112 message was sent to residents in Kryoneri to seal chimneys, doors and windows to prevent sparks from entering.
The fires are burning parts of the forest that had not been burned in the fires so far.
Ground forces are already at the scene, while one fire-fighting airplane and five helicopters are on their way.