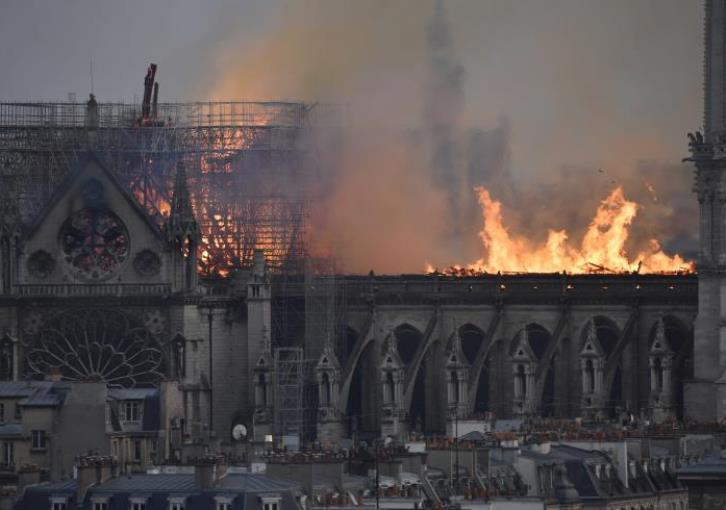 Notre-Dame Cathedral went up in flames on Monday in a roaring blaze that devastated the Parisian landmark, a searing loss for the city and for France.

Flames that began in the early evening burst rapidly through the roof of the centuries-old cathedral and engulfed the spire, which collapsed, quickly followed by the entire roof.

A huge plume of smoke wafted across the city and ash fell over a large area. Parisians watched on, many of them lost for words.

“Like all our compatriots, I am sad this evening to see this part of all of us burn,” President Emmanuel Macron tweeted. 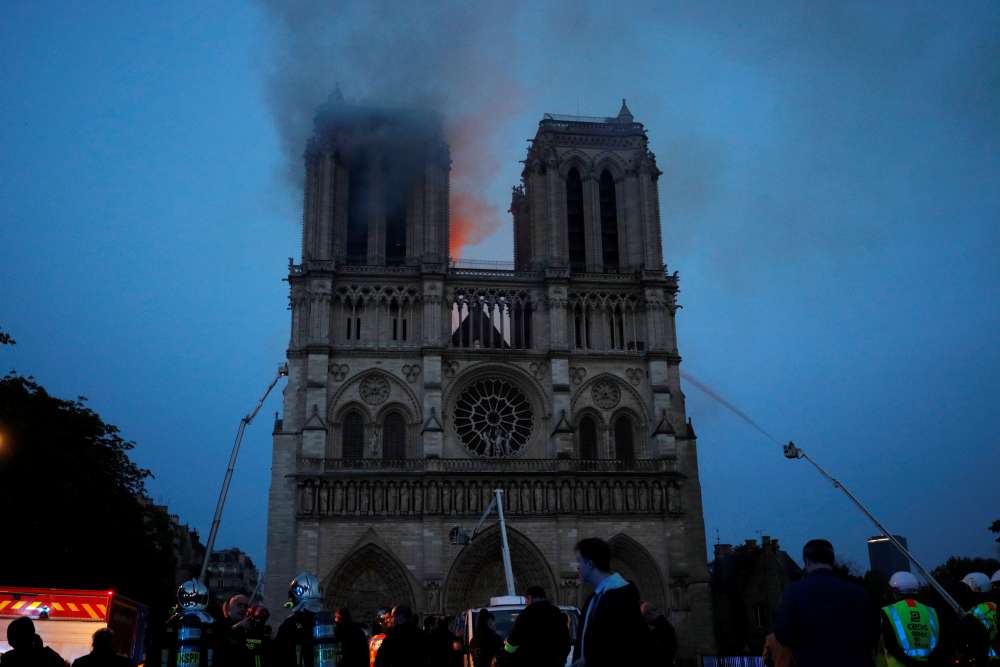 “Basically the whole rooftop is gone. I see no hope for the building,” said witness Jacek Poltorak, watching the fire from a fifth-floor balcony two blocks from the southern facade of the cathedral, one of France’s most visited sites.

Firefighters tried to contain the blaze with water hoses and cleared the area around Notre-Dame, which sits on an island in the River Seine and marks the very centre of Paris. Witnesses said the whole island was being evacuated.

Nobody was injured, junior interior minister Laurent Nunez said at the scene, adding: “It’s too early to determine the causes of the fire.”

The Paris prosecutor’s office said it had launched an inquiry into the fire. France 2 television reported that police were treating it as an accident.

“Everything is collapsing,” a police officer near the scene said as the cathedral continued to burn.

Macron, who cancelled an address to the nation that he had been due to give on Monday evening, went to the scene of the blaze.

The cathedral, which dates back to the 12th century, features in Victor Hugo’s classic novel “The Hunchback of Notre-Dame”. It is a UNESCO World Heritage site that attracts millions of tourists every year.

“I have a lot of friends who live abroad and every time they come I tell them to go to Notre-Dame,” said witness Samantha Silva, with tears in her eyes.

“I’ve visited it so many times, but it will never be the same. It’s a real symbol of Paris.”

The cathedral was in the midst of renovations, with some sections under scaffolding, and bronze statues were removed last week for works.

Built over a century starting in 1163, Notre-Dame is considered to be among the finest examples of French Gothic cathedral architecture.

It is renowned for its rib vaulting, flying buttresses and stunning stained glass windows, as well as its many carved stone gargoyles. 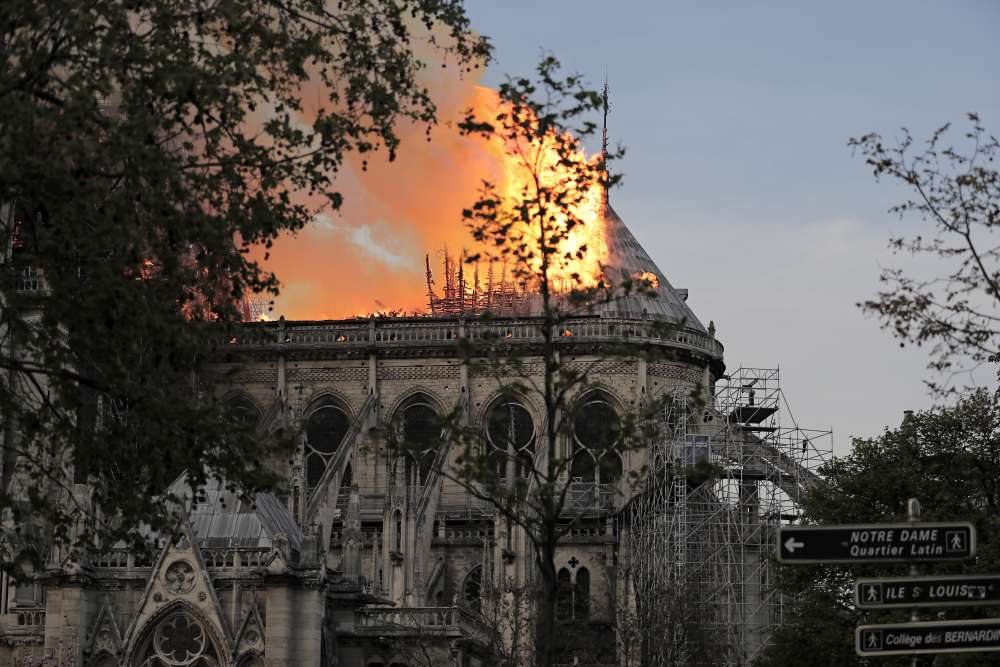 “There are a lot of art works inside … it’s a real tragedy,” Paris Mayor Anne Hidalgo told reporters at the scene.

It was ransacked by rioting Protestant Huguenots in the 16th century, pillaged again during the French Revolution of the 1790s and left in a state of semi-neglect. Hugo’s 1831 work led to revived interest in the cathedral and a major – partly botched – restoration that began in 1844.

The wood-and-lead spire was built during that restoration, according to the cathedral’s website.

UNESCO said in a tweet it was “closely monitoring the situation and is standing by France’s side to safeguard and restore this invaluable heritage”. 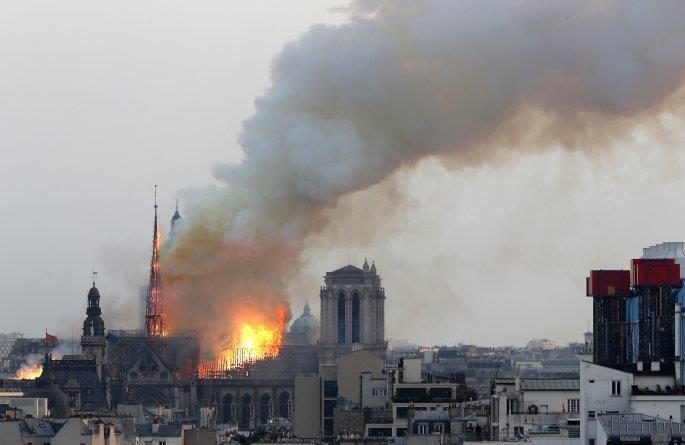