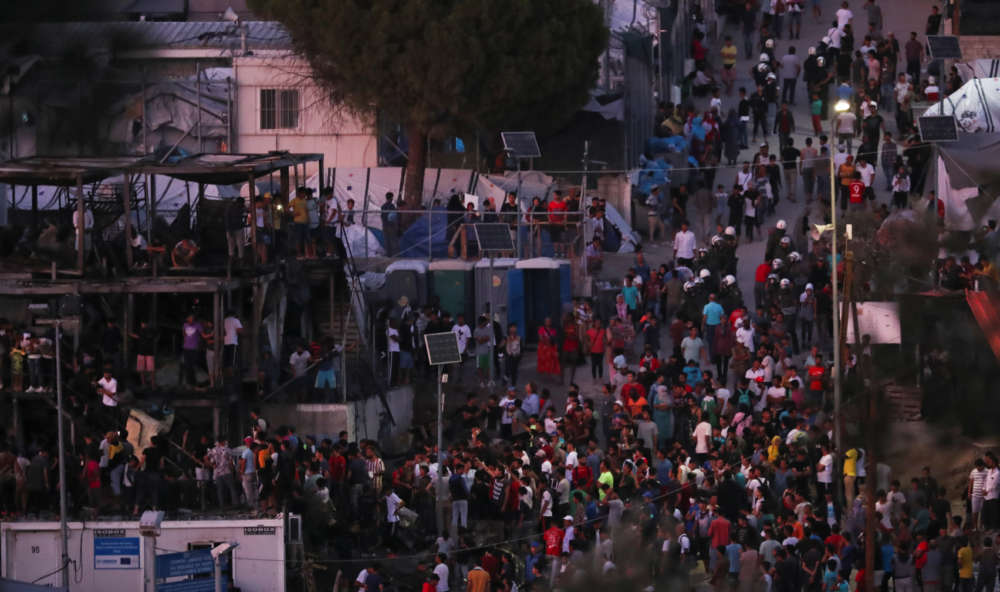 A fire broke out on Sunday at a container inside a crowded refugee camp on the eastern Greek island of Lesbos close to Turkey and then the refugees clashed with police, the emergency services said.

Thick smoke could be seen rising over the Moria camp, which currently houses about 12,000 people in overcrowded conditions as firefighters tried to put out the fire.

Police said they did not know whether the blaze had caused injuries or deaths but were sending reinforcements to the island along with the chief of police.

Greece has been dealing with a resurgence in refugee and migrant flows in recent weeks from neighbouring Turkey. Nearly a million refugees fleeing war in Syria and migrants crossed from Turkey to Greece’s islands in 2015.

More than 9,000 people arrived in August, the highest number in the three years since the European Union and Ankara implemented a deal to shut off the Aegean migrant route. More than 8,000 people have arrived so far in September.

Turks have also attempted to cross to Greece in recent years following a failed coup attempt against Turkish President Tayyip Erdogan in 2016.