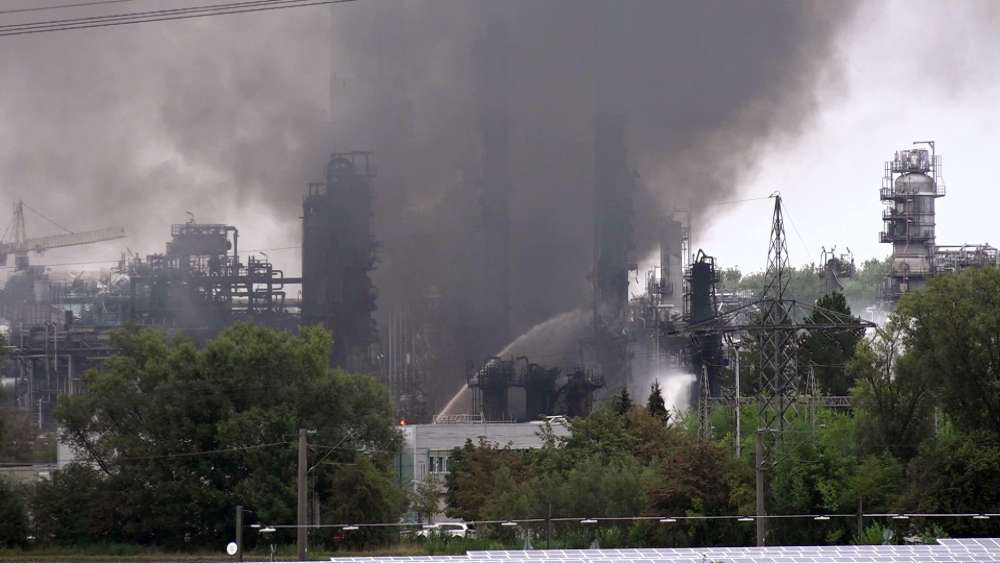 Firefighters have controlled a fire that injured 10 people at Germany’s Vohburg refinery in Bavaria state, after it erupted following a blast on Saturday morning, regional officials said.

The blaze at the 120,000 barrel per day (bpd) plant, part of the Bayernoil refinery complex, prompted police to evacuate 1,800 residents from the surrounding area.

Bavarian Interior Minister Joachim Herrmann said police in the nearby town of Ingolstadt and the Bavarian state criminal police agency had started an investigation into the blaze, which sent smoke billowing into the air.

Bayernoil said on its website that the refinery had been put out of action but the installation had been secured and was no longer a safety risk.

The minister said 10 people were injured and 600 police, firefighters and other members of the emergency services were on site dealing with the incident.

Bayernoil refinery complex, which also includes the Neustadt refinery, has an overall capacity of 210,000 bpd.

“Statements regarding the cause of the incident and the extent of damages will only be possible after investigations have been completed,” Bayernoil said.