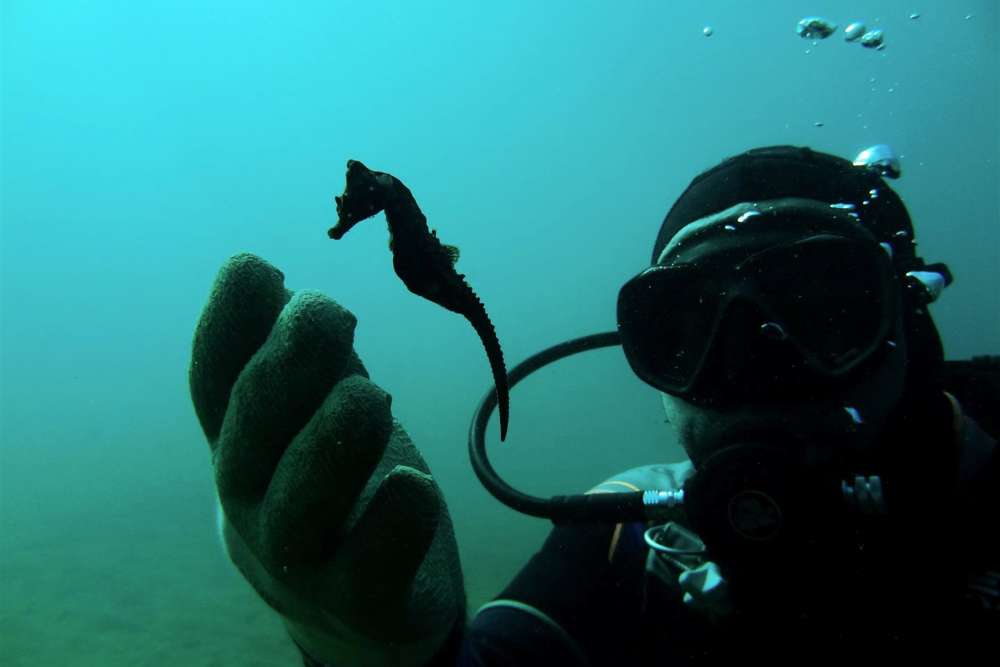 Diver Vasilis Mentogiannis is campaigning to protect a unique site in a remote gulf in north-eastern Greece where seahorses – a protected species ravaged by pollution and overfishing – are thriving.

Having already restored their habitat in 2015 with ropes and synthetic plants after it was damaged by flood waters from a nearby village, he is now seeking broader protection.

“We are talking about a very small region, I think just keeping the fishing boats away is something we can accomplish,” said Mentogiannis.

He discovered the spot on the Chalkidiki peninsula by chance in 2007 and marine experts are fascinated by his find.

Swimming at a depth of about 8-9 metres he recalls seeing a seahorse, followed by another and another.

“I saw a great many, and I said to myself, ‘hey, what is going on here?’ I thought this was really remarkable,”

As it was highly unusual to see groups of seahorses together he decided to form a team of divers to document the creatures.

Seahorses do exist in Greece’s seas but scientists say it is unique to find a stable and continued population, especially as the seabed is barren and there are usually not enough plants for the seahorses to grasp and hide from their predators.

There is however ample food. Seahorses feed on plankton and mobile benthic organisms. 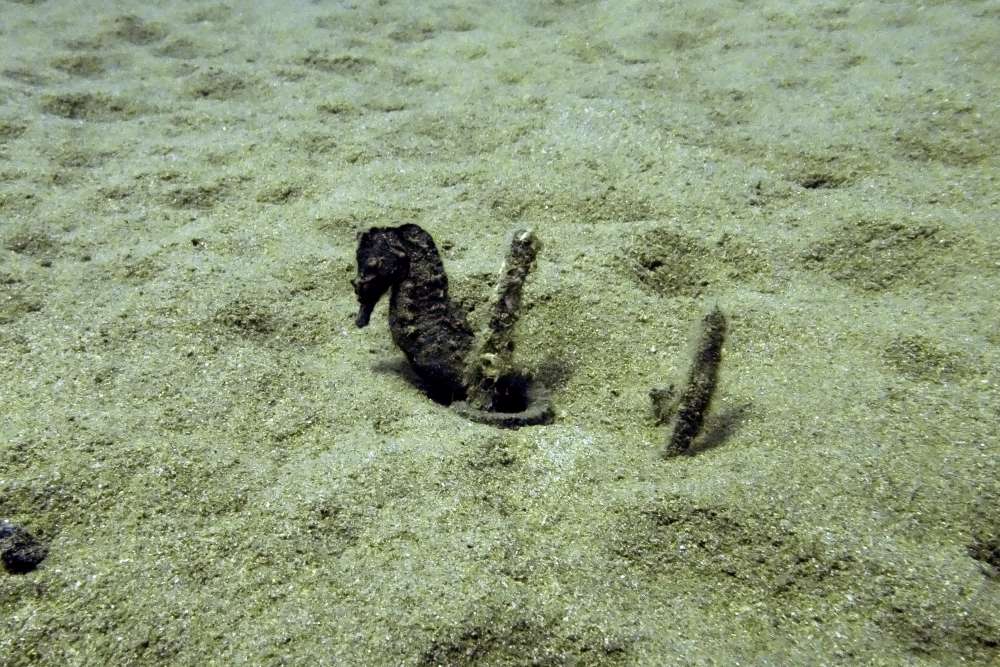 “In one small islet a group perseveres, lives and thrives. It’s like the last of the Mohicans,” says Costas Dounas, Research Director at the Hellenic Center for Marine Research’s (HCMR) Institute of Marine Biology.

In 2010 a flood tore through nearby Stratoni village and pushed debris into the sea partly destroying their habitat.

Determined to try and repair the site and with scientists’ advice, Mentogiannis completed an artificial habitat for the seahorses in 2015, created with a labyrinth of ropes.

This has helped to further increase their presence, he says, though it is hard to give a definitive figure on the size of the population.

“They took to it well, it was very useful for them, because they could latch onto it, lie down and camouflage themselves on the rope.”

“We have spent many, many hours with seahorses, they are shy creatures, and turn their backs on the cameras all the time,” mused Mentogiannis.

By In Cyprus
Previous articleRage Room
Next article56 year old pleads not guilty to defrauding retired teacher of €571,000