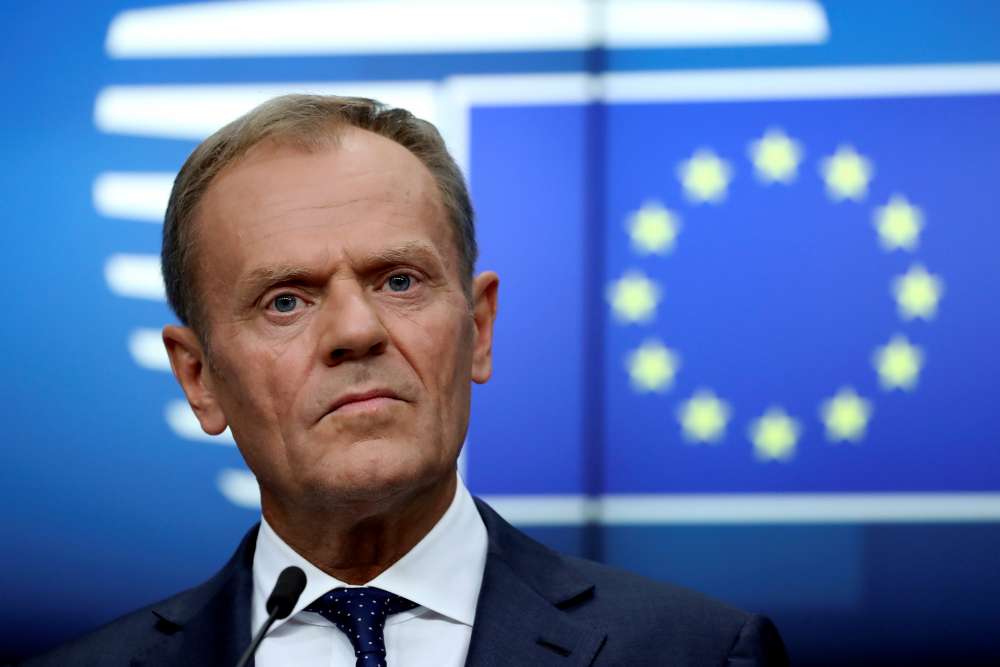 The outgoing chairman of European Union national leaders on Thursday urged the European Parliament to approve Germany’s Ursula von der Leyen as the next head of the bloc’s executive after some in the assembly criticised her nomination.

Donald Tusk addressed the assembly after three days of messy talks between the 28 member states finally produced a deal on a new leadership for the EU, with von der Leyen to lead the European Commission and France’s Christine Lagarde the European Central Bank.

“For the first time, we achieved perfect gender balance in the top positions. Europe is not only talking about women, it is choosing women,” Tusk told the assembly, which will vote on von der Leyen in mid-July.

“I hope it will inspire the European Parliament in its decisions.

The leaders’ tortuous deliberations highlighted the splintering of the pro-European centre in the EU and its implications for future decision-making in the world’s largest trading bloc with its half a billion people.

While the EU leaders have given solid representation to women and produced a balance between the conservative, socialist and liberal factions, the Greens, who also did well in May’s European Parliament elections have been left out.

There was also no post for any of the bloc’s increasingly assertive ex-Communist eastern members.

Tusk said candidates from the east and from Green parties should be represented in the second-tier jobs yet to be filled.

The leaders’ summit also bypassed the European Parliament’s preferred candidates to lead the Commission, which polices member states’ budgets, proposes laws for the bloc and negotiates trade deals around the world.

That upset some in the assembly, heralding an uphill battle for von der Leyen, who needs to be confirmed in her new job by an absolute majority of the 751 EU lawmakers.

“At the end of the day, national interests got the better of the European Parliament,” Green lawmaker Philippe Lamberts told the assembly in the French city of Strasbourg.

Von der Leyen can, however, rely on the support of the main centre-right and liberal groupings in the assembly, as well as other lawmakers, meaning she is likely to eventually be confirmed.

She can then begin the challenge of trying to forge common platforms among the increasingly fractious EU member states on a range of testing issues.

Sefcovic, currently the bloc’s energy chief and likely to retain a senior portfolio in the next European Commission, said: “Europe must very clearly commit to a path of climate neutrality by 2050.”

A push by the wealthier western EU states has so far been blocked by the poorer east, where economies are more reliant on coal and nationalist governments less willing to shake up the industry and perhaps upset voters.

Also on Von der Leyen’s list will be relations with the increasingly assertive United States, China and Russia, and with Britain, so far unable to negotiate its way out of the EU to the satisfaction of its parliament.

The European Union’s outgoing chief executive, Jean-Claude Juncker, welcomed his designated replacement in Brussels on Thursday. His spokesman said they had met as “true Europeans who have known each other for years”.