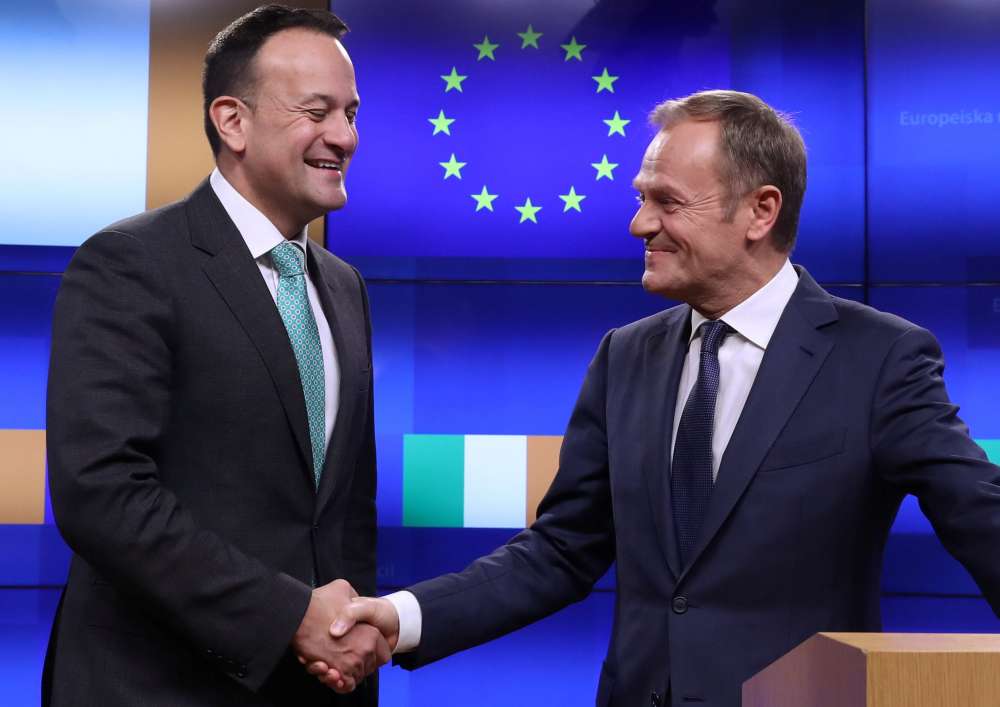 EU summit chairman Donald Tusk said he had abandoned hope that Brexit might be stopped and said on Wednesday his priority was now to avert a “fiasco” in 50 days if Britain crashes out without a deal.

Assuring Irish Prime Minister Leo Varadkar of the solidarity of all other member states as Dublin insists Britain give legal guarantees to avoid disrupting the Northern Ireland border, Tusk told a joint news conference in Brussels that he saw no force capable of blocking a “pro-Brexit” government and opposition.

As British Prime Minister Theresa May prepares to meet EU officials in Brussels on Thursday with a mandate from lawmakers to rework the withdrawal treaty she agreed with the Union in November, Tusk and Varadkar both echoed other European leaders in ruling out change to the text, including the Irish “backstop” — the protocol which parliament roundly rejected last month.

“I hope that tomorrow we will hear from Prime Minister May a realistic suggestion on how to end the impasse,” Tusk said.

“I strongly believe that a common solution is possible.”

Tusk, the European Council president, said, however, that the EU must step up planning for Britain leaving on March 29 without having a legal agreement: “A sense of responsibility also tells us to prepare for a possible fiasco,” he said.

In combative mood, he added that those who promoted Brexit without offering a clear plan for how to unravel safely 46 years of membership deserved “a special place in hell”.

“I’ve been wondering what that special place in hell looks like, for those who promoted Brexit without even a sketch of a plan how to carry it out safely”.

A former Polish prime minister, Tusk has been a notable EU voice in encouraging Britons to try to reverse the result of the 2016 Brexit referendum but on Wednesday he was notably downbeat.

“I know that still a very great number of people … wish for a reversal of this decision. I have always been with you, with all my heart. But the facts are unmistakable.”

He said the “pro-Brexit stance” of May and opposition leader Jeremy Corbyn meant that “today, there is no political force and no effective leadership for remain”.

Varadkar, visiting Brussels a day before May as Ireland strives to protect its interests in the bloc as its former colonial ruler and main trading partner quits, said the Brexit deal made last year was “the best deal possible”.

Dublin, he insisted, would not give up on an open-ended backstop obliging Britain to retain many EU rules until a better way could be found to keep goods flowing unchecked across the new EU-UK land border across the island of Ireland.

“We expect that the backstop would never be used,” Varadkar said. But, he added: “The instability of UK politics in recent weeks demonstrates exactly why we need a legal guarantee.”

Irish PM overheard on live mic telling Tusk “they will give you terrible trouble…” following his “special place in hell” comments on Brexit.https://t.co/53XKVEj5ig pic.twitter.com/hZL2GiW7Dz