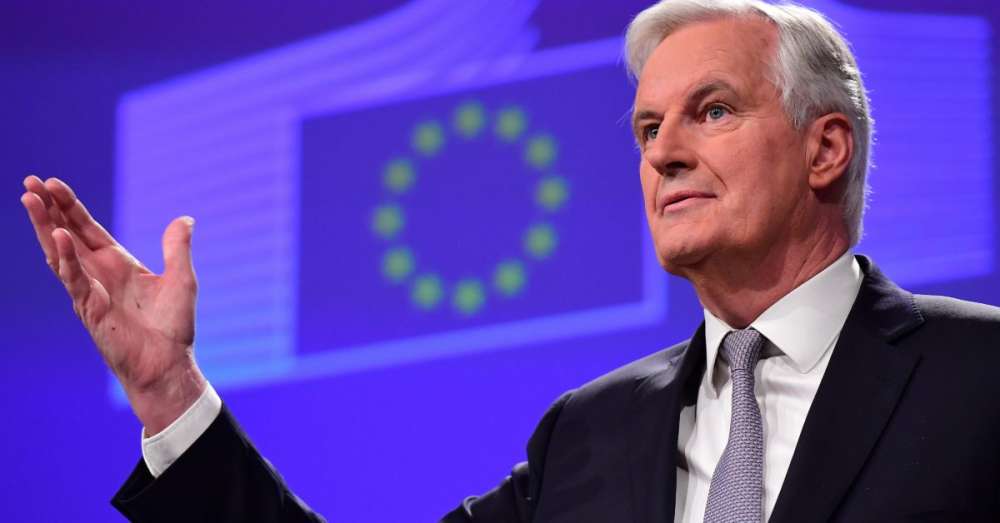 Brexit negotiator Michel Barnier told the 27 EU states staying on together that a loose so-called association agreement like the one the bloc has with Ukraine should serve as the basis for a new relationship with Britain, diplomatic sources said.

Barnier met Brussels envoys of the 27 countries earlier on Wednesday as part of preparations for looming talks on a new EU-UK deal that will start after Britain leaves the bloc on Friday.

Diplomats briefed on the closed-door meeting told Reuters Barnier stressed the bloc would not give ground on its key principles and was ready to hold negotiating rounds with Britain every three weeks on a dozen-or-so issues in parallel.

He identified fisheries and trade areas as carrying the risk of potentially the most-damaging rupture in ties should talks not yield an agreement on a new deal by the end of 2020 when a post-Brexit status quo transition period ends.

He said the EU would assess progress to date in July.

For economic ties, the bloc wants to focus on a free-trade agreement, a deal on fisheries and the so-called level playing field guarantees of fair competition. Internal and external security, foreign policy and defence cooperation make up the second leg of talks as envisaged by the EU.

For any dispute-settling mechanisms, Barnier said there must be one governance agreement and rejected a solution modelled on Switzerland, with which the EU has myriad separate deals.

Barnier said his team will seek to apply EU state aid rules to the UK even after Brexit and that a thorough implementation of the divorce deal was crucial to build trust for the looming negotiations on a new relationship between the bloc and Britain.

By In Cyprus
Previous articleEU deals another blow to US, allowing members to decide on Huawei’s 5G role
Next articleNikolaou’s family back to court to ask for exhumation