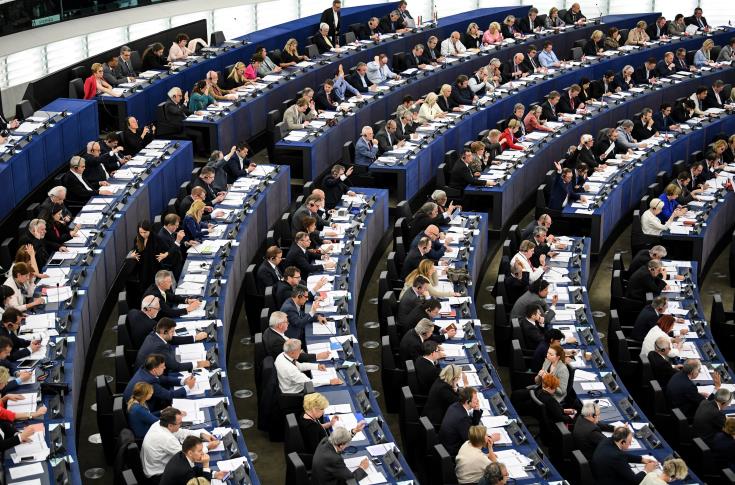 Eurogroup President Mário Centeno will join a debate at the European Parliament in Strasbourg on Wednesday to discuss the conclusion of the third economic adjustment programme for Greece.

The next steps for the overall reform of the EU’s economic and monetary union, including the creation of a budgetary capacity for the euro zone, will also be discussed.

This will be the first time that the new Eurogroup President will participate in the plenary. He has already participated in a hearing in the European Parliament’s Economic and Monetary Affairs Committee on February 21.

Morawiecki will be the eighth EU leader to debate the future of Europe with MEPs and EU Commission President Jean-Claude Juncker on Wednesday morning. The previous leader to appear before the European Parliament was Dutch Prime Minister Mark Rutte, on June 13 and the next leader to address the House will be Greek Prime Minister Alexis Tsipras, at the September plenary session in Strasbourg.

The President of Angola will address MEPs in a formal sitting. EU-Angola relations and cooperation, development, migration and promoting stability and peace on the African continent are likely to be among the issues addressed during Lourenço’s first official visit to the European Parliament.

Furthermore, MEPs are expected to discuss on Wednesday the new European Travel Information and Authorisation System (ETIAS). Already informally agreed between Parliament and Council negotiators, ETIAS should be operational in 2021, and will apply to more than 60 countries and territories whose nationals can travel visa-free to the EU.

Non-EU nationals exempt from visa requirements will have to get authorisation before travelling to the EU, under new rules to be voted in on Thursday. Travellers considered to pose a security, irregular migration or high epidemic risk would be denied access.

The travel authorisation will cost 7 euro and be valid for three years. The vast majority of travellers will immediately receive a positive reply after filling in the form electronically, once their data have been checked against relevant databases.