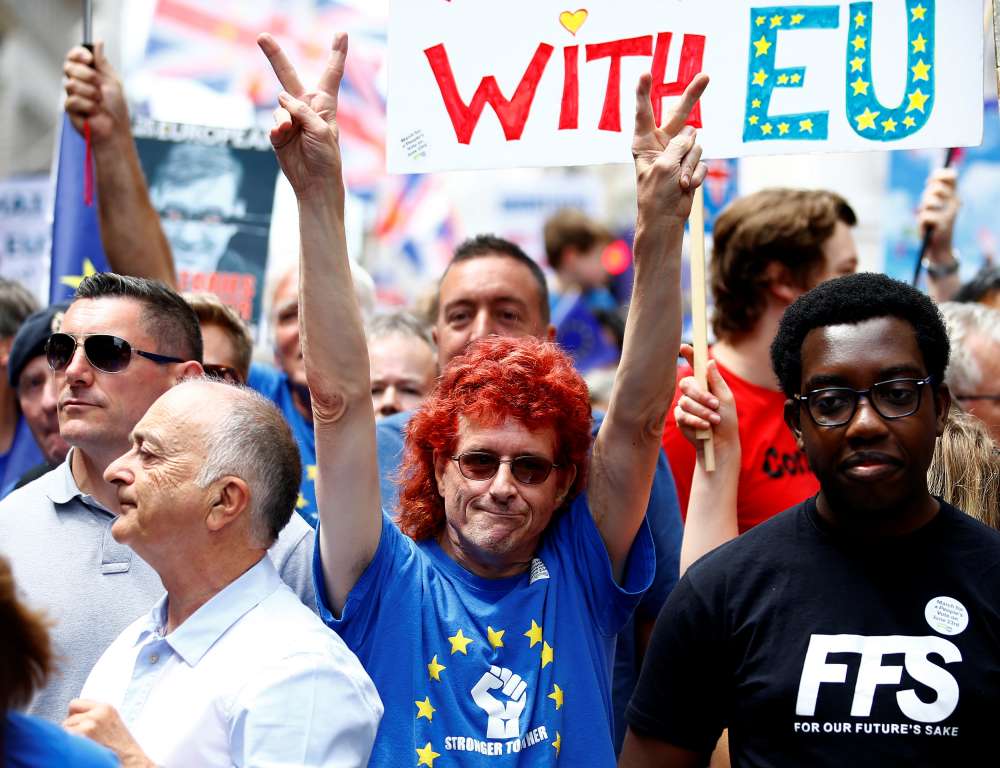 Thousands of supporters of the European Union gathered in central London on Saturday to call on the British government to hold a final public vote on the terms of Brexit.

Two years after the country voted 52 to 48 percent to leave the world’s biggest trading bloc, polls show political divisions over Brexit are entrenched and, despite some confusion over what Brexit will mean, there has been no clear change of heart.

The “People’s Vote” campaign, which includes several pro-EU groups, aims to ensure a public ballot “so that we can decide if a decision that will affect our lives for generations makes the country better or worse off”.

A Survation poll earlier this week found that 48 percent of respondents supported a referendum on the final deal, while 25 percent were opposed.

As yet there is no certainty about what the final deal could look like amid infighting in Prime Minister Theresa May’s Conservative government as well as among some of its opponents about what they want from Britain’s new trading ties with the EU after it leaves in March next year.

“FREEDOM TO BUST OUT”

Britain’s foreign minister Boris Johnson, one of the main proponents of the “Leave” vote, has meanwhile written an article in the tabloid newspaper the Sun defending Brexit.

Britain had voted for “the freedom to bust out of the corsets of EU regulation and rules” he said, and any softening of the final deal – such as continued membership of the single market and customs union – would be unwelcome.

Those who voted for Brexit had not changed their minds, he said. “They don’t want some bog roll Brexit – soft, yielding and seemingly infinitely long” he said, using a British slang expression for toilet paper.

Johnson was also quoted in the Telegraph newspaper by two diplomatic sources as strongly dismissing business leaders’ concerns about the impact of Brexit.

“What we need to do now is get closer to our European partners and work out what a realistic, pragmatic Brexit is, which works for both sides,” he said.

On Friday, Airbus said that if Britain were to leave the EU without a deal it would be forced to reconsider its long-term position and put UK jobs at risk.