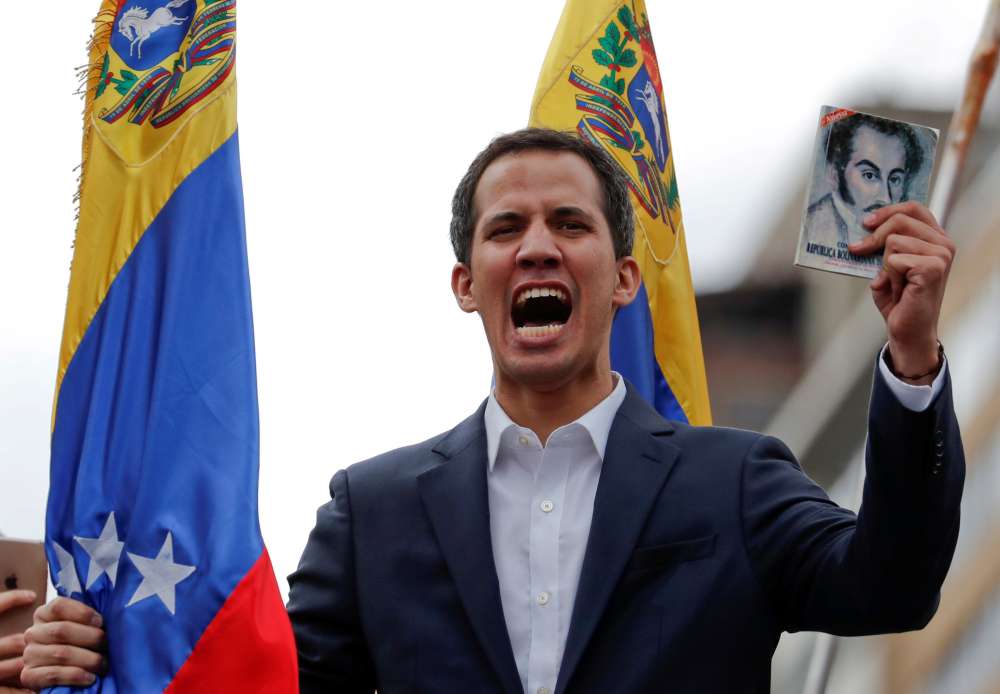 EU lawmakers voted 429 in favour to 104 against, with 88 abstentions, at a special session in Brussels to recognise Venezuelan congress head Guaido as interim leader.

In a statement with the non-binding vote, the parliament urged the bloc’s 28 governments to follow suit and consider Guaido “the only legitimate interim president” until there were “new free, transparent and credible presidential elections”.

Though frequently accusing Maduro of stifling democracy, the European Union is nervous at the precedent of a self-declaration, so has been reluctant to follow the United States and most Latin American nations with immediate recognition of Guaido.

Britain, France, Germany and Spain said on Saturday, however, that they would recognise Guaido unless Maduro called elections within eight days. But the EU has a whole has not set a time limit in its call for a new presidential vote.

Maduro has dismissed the demands as an unacceptable ultimatum from the corrupt elite of spent colonial powers.

“The leaders of Europe are sycophants, kneeling behind the policies of Donald Trump,” he said at the weekend.

The European Parliament has no foreign policy powers but sees itself as a champion of human rights.

“Those who are demonstrating today in the streets of Venezuela are not Europeans, but they fight for the same values for which we fight,” Spanish centre-right EU lawmaker Esteban Gonzalez Pons said in a statement.

As Venezuela has sunk into economic and political crisis that has brought mass emigration and hyperinflation, the EU imposed an arms embargo and sanctions on officials to decry what it views as rights violations and the rupture of democracy.

On Thursday, the Brussels-based International Federation of Journalists said seven foreign journalists were detained in Venezuela, including French and Spanish reporters.

EU foreign policy chief Federica Mogherini called for their release. Foreign ministers were due to discuss the crisis in Venezuela at a two-day meeting in Bucharest from Thursday.

“Targeted sanctions against the kleptocrats who have enriched themselves on the back of the rest of the population who are very poor, that is something I think can be effective,” Hunt said in a Foreign and Commonwealth Office statement.