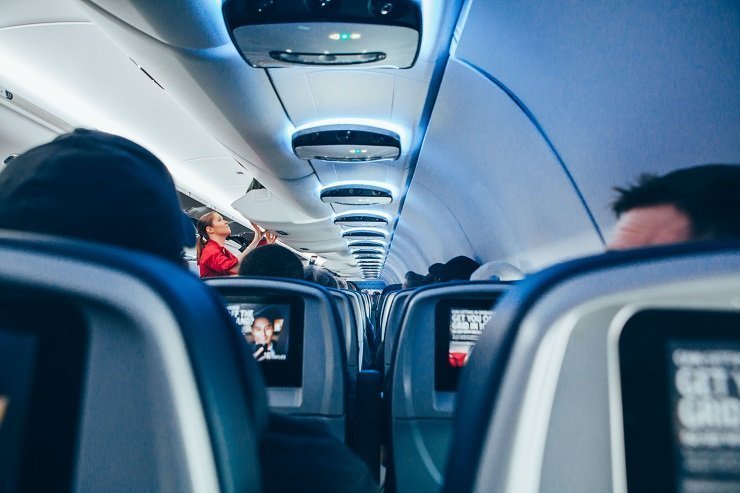 The Netherlands and France are trying to convince fellow European nations at a conference in The Hague to end tax exemptions on jet fuel and plane tickets, as part of a drive to make the EU carbon neutral by 2050.

In the first major initiative on air travel tax in years, the conference on Thursday and Friday – which will be attended by about 29 countries – will discuss ticket taxes, kerosene levies and value-added tax (VAT) on air travel.

The Netherlands wants to agree on steps towards ending the near complete lack of taxation on air travel and France is also pushing for an end to tax breaks on jet fuel, as European leaders discuss carbon neutrality at a separate summit in Brussels.

“The new president of the commission will have to present plans for the fight against climate change in Europe. It is a no-brainer that the possible contribution of the aviation sector will be put on his agenda in the first week in office,” Dutch deputy finance minister Menno Snel told Reuters.

The conference will be attended by European Union economics commissioner Pierre Moscovici and finance and environment ministers. The goal is to present conclusions to the new European Commission, which will be sworn in this autumn.

If no EU deal is found, the Netherlands plans to introduce a 7.50 euro ticket tax for departing passengers from 2021.

Friends of the Earth estimates that between 1990 and 2016, aviation emissions more than doubled, while overall emissions fell by 43%.

A combination of low aviation taxes, a proliferation of budget airlines and the rise of Airbnb have led to a boom in intra-European city-trips.

The conference organisers hope that higher taxes will lead to changes in consumer behaviour, with fewer people flying and choosing less carbon-intensive transport options instead.

Research has shown that if the price of air travel goes up by one percent, demand will likely fall by about one percent, according to IMF tax policy division head Ruud De Mooij.

He said that in a typical tank of gas for a car, over half the cost is tax, which not only compensates for CO2 emissions but also for congestion, accidents and road maintenance.

“Airline travel is nearly entirely exempt from all tax, despite having many externalities of its own. Ending its undertaxation would level the playing field versus other modes of transport,” he said.

Introducing a kerosene levy could be the quickest way to restore the tax imbalance that has given airplane travel a huge cost advantage over cars and trains, activists say.

Environmental NGOs such as Transport and Environment (T&E) have long criticised the EU for being a “kerosene tax haven”.

“Europe is a sorry story. Even the U.S., Australia and Brazil, where climate change deniers are in charge, all tax aviation more than Europe does,” T&E’s Bill Hemmings said.

The US, Australia and Japan charge excise duty on jet fuel according to a European Commission report on aviation tax released this month. But not a single EU country taxes kerosene although a 2003 EU directive allows countries to agree bilaterally to tax fuel on flights between them.

“It’s really strange: emissions at high altitude are more dangerous than emissions on the ground, but we tax them on the ground and not in the sky,” Swedish Finance Minister Magdalena Andersson told Reuters.

Snel said that, contrary to popular belief, the 1944 Chicago Convention does not block countries from taxing kerosene – only from taxing fuel already in a plane’s tanks upon landing.

The EU report shows that just six out of 28 EU member states levy ticket taxes on international flights, with Britain’s rates by far the highest at about 14 euros for short-haul economy flights and up to 499 euros for long-haul business class.

French ticket taxes are as low as 1 euro for short-haul economy and 45 euros for long-haul business class, while EU-wide the average weighted tax per passenger is around 11 euros.

This compares with an average 15 euros in the US and as much as 30-40 euros in Australia, Mexico and Brazil.

Tickets for flights between EU cities are exempt from VAT in all EU countries, but 23 EU member states charge VAT on domestic flights at rates ranging from 3% in Luxembourg to 27% in Hungary with an average weighted EU VAT of 4 euros per ticket.

Introducing VAT on intra-EU flights would require agreement from the 28 EU member states, and is widely seen as an unlikely outcome in The Hague.

At a subdued Paris Airshow this week, it was evident that environmental pressures are being felt by the aerospace industry which is looking at options such as biofuel and new technology like electric planes.

Friends of the Earth says there are no easy answers and that the only way to reduce airline CO2 emissions is by constraining aviation through taxation, frequent flyer levies and limiting the number of flights at airports.

“Flying is the fastest way of frying the planet,” T&E’s Hemmings said.

By In Cyprus
Previous articleAuthorities urged beach-goers to comply with rules to protect turtles
Next articleEurostat: Cyprus has highest prices in EU for milk, cheese and eggs