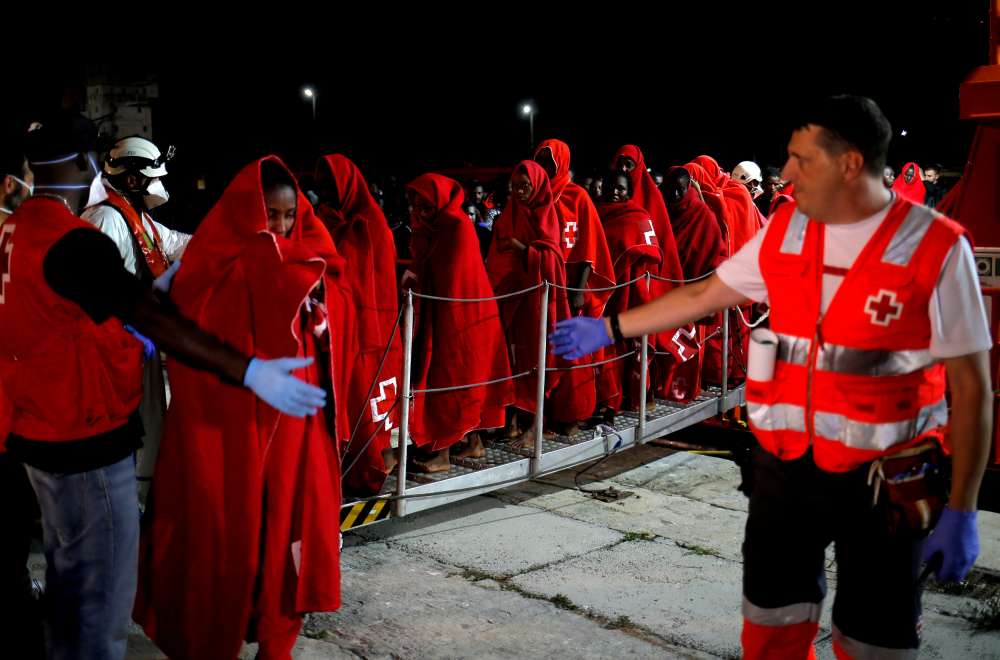 The head of the European Parliament said on Thursday, EU countries who refuse to host refugees could instead pay more for EU migration and development projects in Africa, signalling possible compromise to end a bruising dispute in the bloc.

The migration feud has divided southern and eastern EU states as well as rich destination countries such as Germany since 2015, when more than one million refugees and migrants from the Middle East and Africa reached the bloc’s borders.

But the tone of the discussion has changed recently after years of one camp insisting that all EU states must take in some migrants and the other side rejecting that.

“This should be a good compromise. It’s better to have an agreement with a compromise than no agreement,” he said.

Mediterranean arrivals of migrants and refugees are below 100,000 people so far this year, according to United Nations data, a far cry from the 2015 influx that caught the bloc unprepared and overwhelmed security and other public services.

The EU has since tightened its external borders, has turned more restrictive on granting asylum and has sealed deals with countries from Turkey to Libya to keep a lid on migrants departing their territory by sea for EU shores.

EU will further step up returns and deportations of those who reach Europe but do not qualify for asylum, a statement of the 28 national leaders’ meeting in Brussels on Thursday said.

The bloc will seek to build “a broader partnership” with countries along the migratory routes, mainly in North Africa, including to crack down on people smugglers.

The chaotic scenes from 2015 are still reverberating in European politics, which has since seen a surge in support for anti-immigration, populist and nationalist groups. But fewer arrivals now mean some of the heat is off, making a deal easier.

The eastern, formerly communist EU states like Poland and Hungary, remain adamant that they will not allow in any refugees from mainly Muslim countries.

Germany, France and the Netherlands, which had previously demanded solidarity from all EU states, may be more open now to allowing their reluctant peers to buy out of the refugee distribution scheme as a way of sealing a deal, diplomats said.

“We cannot force (others to take in refugees), but those that do not do so must possibly contribute in another way such as…in Africa. Everyone needs to take on some of the responsibility that we all have,” German Foreign Minister Heiko Maas told his EU peers recently.

Any political agreement is likely to take more time, diplomats and officials said, not least because Hungarian Prime Minister Viktor Orban and the eurosceptic Italian government have built their political clout on an anti-immigration line and criticism of how the EU has handled migration.

By In Cyprus
Previous articleAvgolemono Chicken Soup with Rice
Next articleU.S. to merge Jerusalem consulate, serving Palestinians, into new embassy