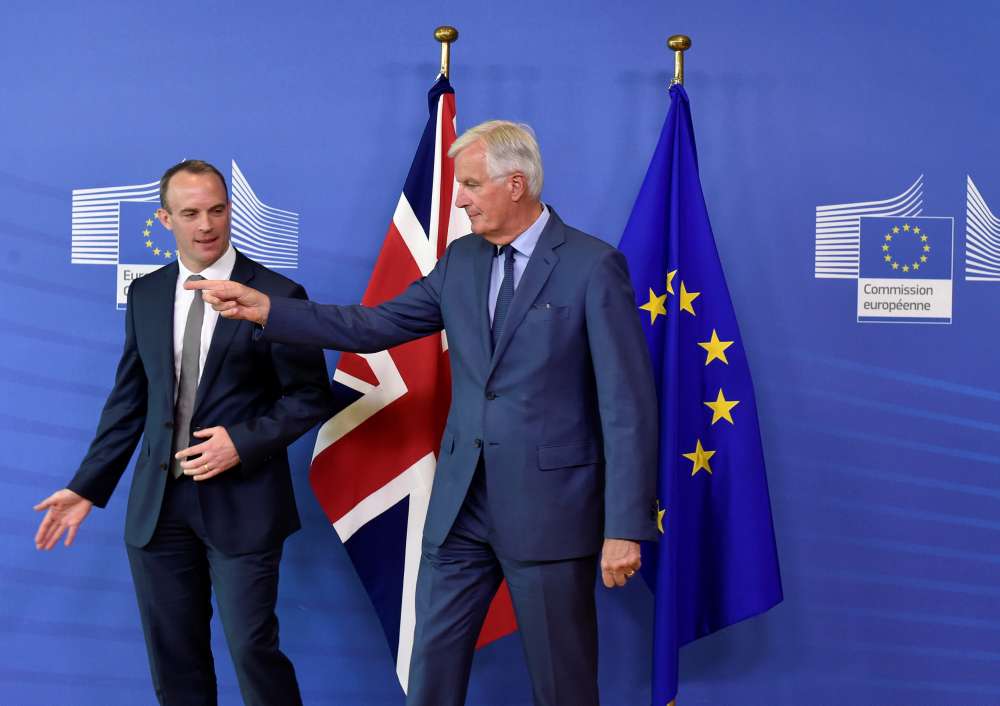 EU and UK negotiators on Friday talked up prospects of agreeing a Brexit deal this autumn, citing recent progress in detailing very close security cooperation to take effect after Britain leaves the bloc.

The European Union’s Michel Barnier said it was “possible” to get an agreement in time for a summit of all the bloc’s leaders in Brussels on Oct. 18-19, though added a delay into November was also possible .

After his latest talks with Barnier, Brexit minister Dominic Raab said he was “stubbornly optimistic” and “as confident as before, if not more” that there would be a deal.

The two said they made progress over security cooperation, including on exchanging data.

Barnier said unresolved issues included geographical indications, the role of the EU’s top court in policing the agreement, Euratom cooperation and data protection, among others.