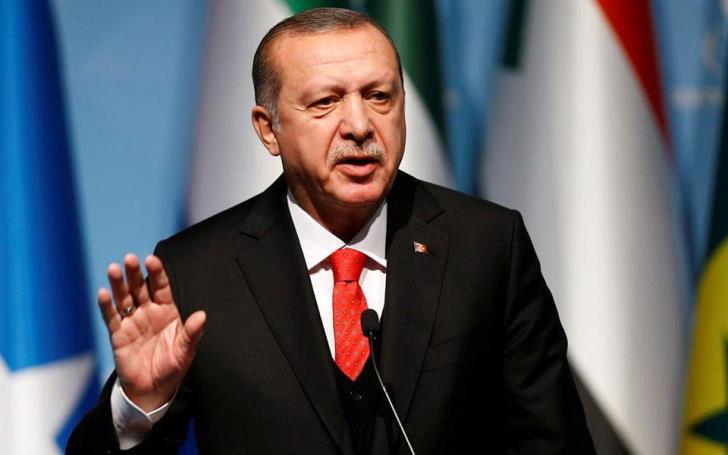 Turkish President Recep Tayyip Erdogan has said authorities used $165 billion of central bank foreign-currency reserves to weather developments in 2019 and 2020, and may use them “again when needed.”

“The central bank currently has around $90 billion in reserves,” he told lawmakers in Ankara on Wednesday.

“These reserves may be used again when needed or they may rise above $100 billion” in the future, Erdogan said, referring to the monetary authority’s total gross reserves.

Turkey’s main opposition, the Republican People’s Party, is demanding officials explain a drop in foreign reserves during the period that Berat Albayrak, Erdogan’s son-in-law, was treasury and finance minister. He held the post from July 2018 to November last year.

On Wednesday, Erdogan accused the party of spreading a “huge lie” by implying that $128 billion is “gone or stolen.”

Global banks including Goldman Sachs predict more than $100 billion of central bank reserves were spent to prevent a disorderly depreciation in the lira last year alone, when the currency came under pressure after a series of large rate cuts to support the pandemic-hit economy.

In 2019, Turkey initially increased sales of foreign currency as the lira weakened in the runup to municipal elections, continuing through a rerun of the ballot in Istanbul which Erdogan’s AK Party lost. Geopolitical tensions with the U.S. later that year battered the currency.

Erdogan on Wednesday said $165 billion in central bank reserves were used to finance the current-account deficit and capital outflows, and meet demand for foreign currency and gold from local investors. The president said much of the money stayed in the country as the central bank conducted the exchange-rate transactions through market maker banks.

Turkey’s total gross reserves, including gold and money held by the central bank on behalf of commercial lenders, have dropped more than 15% from the beginning of 2020 to stand at $89.3 billion in April. Net international reserves fell by more than 75% to $9.9 billion, while money borrowed from banks under short-term swaps reached tens of billions of dollars.

When those swaps are stripped out from net reserves, they fall below zero, according to Bloomberg calculations.

In a written interview after his appointment last month, new Governor Sahap Kavcioglu said the central bank would maintain its goal of boosting foreign-exchange reserves, and “may use reserve-boosting tools under appropriate conditions.”

(This is a Bloomberg report dated April 21 by Firat Kozok)