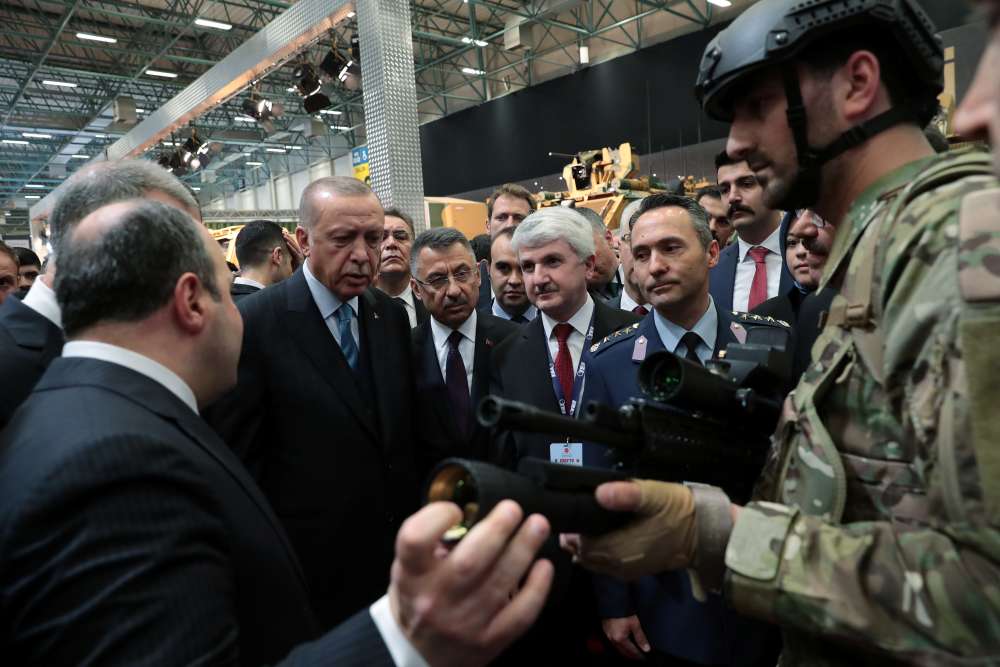 President Tayyip Erdogan said on Tuesday that an F-35 fighter jet project without Turkish participation was bound to collapse and would be an injustice to exclude Ankara over its plans to buy Russian air defence systems.

Turkey’s plans to buy the Russian S-400 missile defences has strained its ties with Washington, which has said they would compromise the security of Lockheed Martin F-35 jets and warned of potential U.S. sanctions.

Turkey is both a partner in production of the F-35s and a prospective buyer. It has proposed a working group with the United States to assess the impact of the S-400s, but says it had not received a response from U.S. officials.

Speaking at a defence industry fair, Erdogan said those trying to exclude Turkey from the F-35 project had not thought through the process and that Ankara’s allies had disregarded its defence needs.

“We were surely not going to remain silent against our right to self-defence being disregarded and attempts to hit us where it hurts,” Erdogan said. “This is the kind of process that is behind the S-400 agreement we reached with Russia,” he added.

“Nowadays, we are being subject to a similar injustice – or rather an imposition – on the F-35s… Let me be open: An F-35 project from which Turkey is excluded is bound to collapse completely,” Erdogan said, adding that Turkey was also rapidly working to develop its own air defence systems.

Erdogan’s comments, his strongest challenge yet to warnings that Turkey could be removed from the F-35 project, came a day after he discussed the purchase of the S-400s and the working group proposal with U.S. President Donald Trump in a phone call.

Turkey said two weeks ago it expected Trump to use a waiver to protect it against penalties over its purchase of the S-400s, after U.S. Secretary of State Mike Pompeo said Ankara could face retribution for the deal under a sanctions law known as Countering America’s Adversaries Through Sanctions Act (CATSAA).

By In Cyprus
Previous article
EU28 unemployment drops to historical low 6.4% for March 2019; 7.0% in Cyprus
Next article
“Police assured us they had information that Livia left from the north,” friend tells CyBC (video)