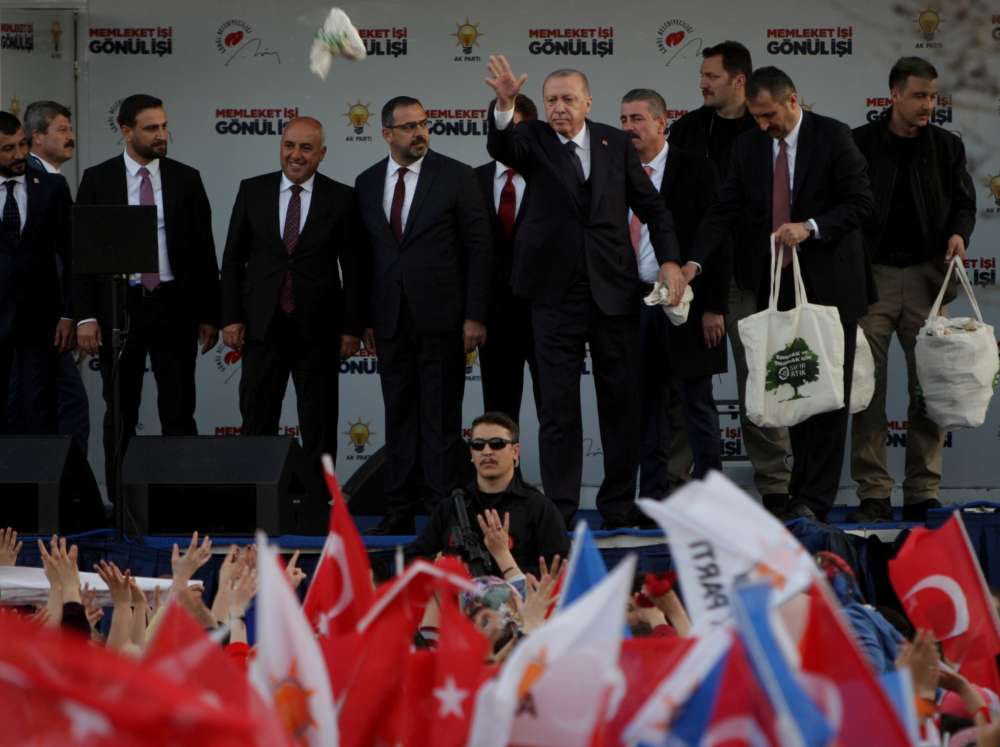 Turkish President Tayyip Erdogan on Sunday accused a women’s march in central Istanbul on Friday of disrespecting Islam by booing the Islamic call to prayer.

Several thousand women had gathered in central Istanbul on Friday evening for a march to celebrate International Women’s Day but police fired tear gas to disperse them.

In an election rally broadcast on television on Sunday, Erdogan showed a video taken during the protest, showing women chanting while a nearby mosque was reciting the call to prayer.

“They disrespected the Azan (call to prayer) by slogans, booing and whistling,” Erdogan told the crowd.

Women who took part in the march said on Twitter the chanting and whistling was part of the demonstration and was not aimed at the call to prayer, which began during their protest.

Turkish police regularly prevent protests in central Istanbul and elsewhere. Ankara tightened restrictions after the imposition of emergency rule following an attempted coup in 2016. The state of emergency was lifted last July.

Erdogan‘s rally was ahead of local elections on March 31 for mayors and municipal boards.

By In Cyprus
Previous articleVenezuela enters fourth day of blackout as Maduro blames U.S. for power outage
Next articleFine and warm on Monday, rain forecast for Wednesday