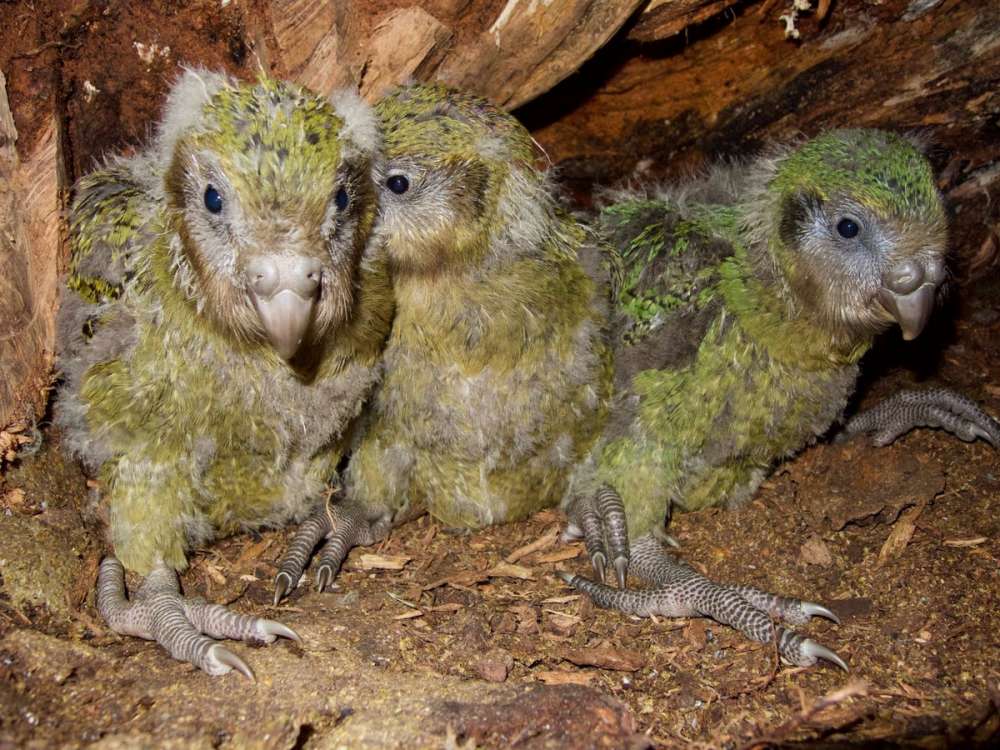 More than 70 chicks have been born, according to New Zealand’s Department of Conservation (DOC). Though not all are expected to make it to adulthood, the current 147 adult population is expected to see a dramatic increase.

The birds breed only once every two to four years when native rimu trees produce fruit, and this year’s season was expected to be a record length.

“It’s been going on for a long time…we had our first mating before Christmas, the first chick hatched on the 30 January, the earliest a chick had ever hatched,” Andrew Digby, a science advisor on DOC’s Kākāpō Recovery Programme, told Radio New Zealand’s ‘Kakapo Files’ podcast this week.

Kakapo are the world’s heaviest species of parrot, with females weighing around 1.4 kgs and males 2.2 kgs.

The birds are vulnerable to predators and were decimated by cats and stoats introduced by European settlers in the 19th century.

By the mid-1990s Kakapo were on the brink of extinction but government-funded breeding programmes have worked to increase bird numbers.

Digby told Radio New Zealand that the young chicks were still quite uncoordinated and conservation staff were training them to get used to exploring so they can eventually climb 30 metre trees on dedicated island sanctuaries.

“Those sort of skills and the balance and learning how to cope with the New Zealand bush is quite a big skill,” he said, adding even the chicks that were now two months old were uncoordinated.

“When they’re at this stage…they look pretty cute, they’re like bumbling puppies at the moment.”

By In Cyprus
Previous articleDriver over limit, driving against flow of traffic on highway
Next articleRare decision to restitute Turkish-occupied property belonging to British Cypriot