Ed Sheeran crowned number one artist of the decade 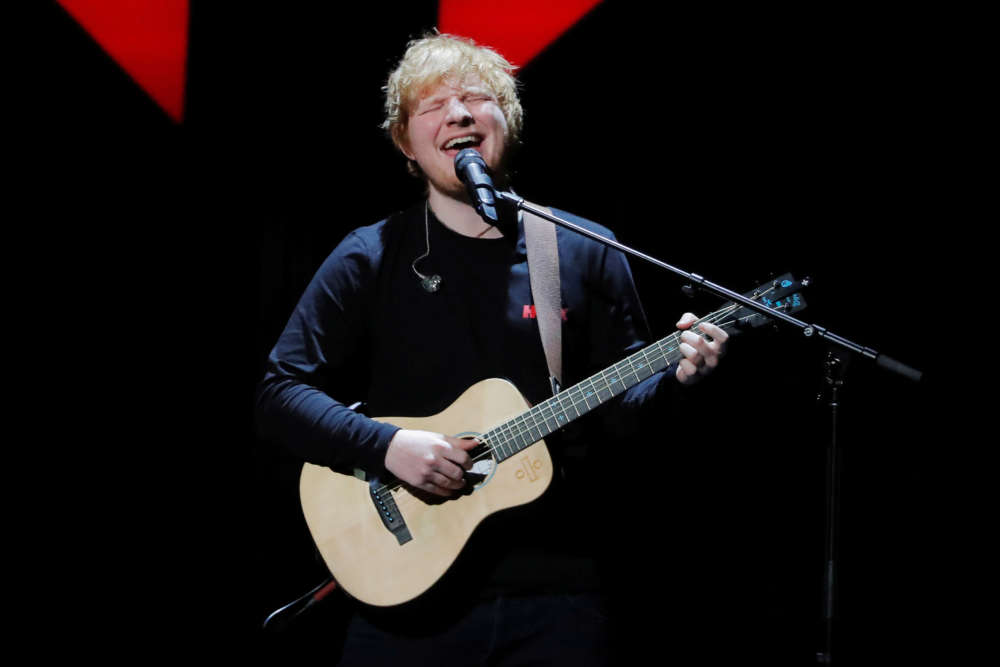 Singer-songwriter Ed Sheeran has been named the “UK’s Official Number 1 Artist of the Decade” after a meteoric rise to music stardom, the Official Charts Company said on Wednesday.

The British four time Grammy Award winner also takes the “Official Chart Record Breaker Award” with the most no. 1 singles and albums as well as spending the most weeks – 79 – in the top spot between 2010 and 2019, the Official Charts Company, which compiles Britain’s weekly charts, added.

Previous recipients of that award include Paul McCartney and Justin Bieber.

“Ed truly has dominated this decade and is a worthy recipient of this amazing new award,” Martin Talbot, chief executive of the Official Charts Company, said in a statement.

“At the start of the decade, he was a little known (albeit highly rated) young 18-year-old lad from Suffolk – but his catalogue of achievements since then are genuinely remarkable. Today, he is firmly established among the highest level of global music superstars.”

Sheeran, now 28, first entered the UK charts in 2011 with debut single “The A Team”. He has since had eight UK no. 1 singles. His four studio albums each topped the British charts.

His global hit “Shape of You” topped the Official Charts Company’s list of the top 100 biggest songs of the decade, followed by “Uptown Funk” by Mark Ronson, featuring Bruno Mars.

Two other Sheeran songs, “Thinking Out Loud” and “Perfect”, also made the top 10 of that list.

Adele’s “21” and “25” took the first two spots in the top 100 biggest albums of the decade. The British songstress picked up six Grammys for “21” and five of the awards for “25”, with both records topping charts around the world.

Three of Sheeran’s albums made the top 10.