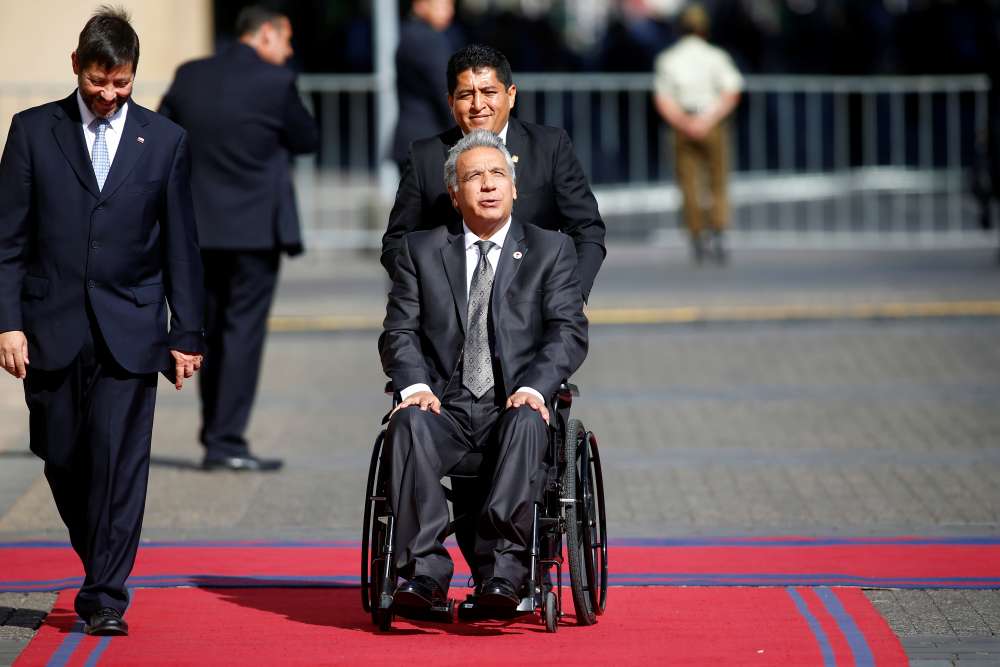 London police dragged Assange out of the embassy on Thursday after his seven-year asylum was revoked, paving the way for his extradition to the United States for one of the biggest ever leaks of classified information.

Assange’s relationship with his hosts collapsed after Ecuador accused him of leaking information about Moreno’s personal life.

Moreno denied to the Guardian that he had acted as a reprisal for the way in which documents about his family had been leaked. He said he regretted that Assange had used the embassy to interfere in other country’s democracies.

“Any attempt to destabilise is a reprehensible act for Ecuador, because we are a sovereign nation and respectful of the politics of each country,” Moreno told the Guardian by email.

“We cannot allow our house, the house that opened its doors, to become a centre for spying,” the Guardian quoted Moreno as saying.

Supporters of Assange said Ecuador had betrayed him at the behest of Washington, that the ending of his asylum was illegal and that it marked a dark moment for press freedom.