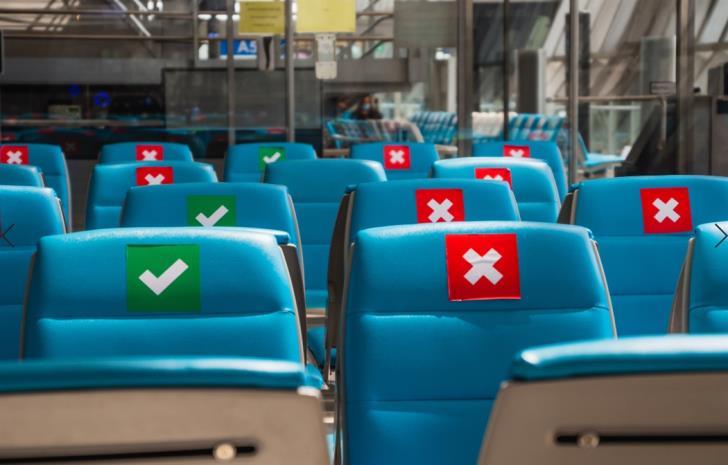 The weekly epidemiological maps of the European Centre for Disease Prevention and Control (ECDC) on the spread of COVID-19 will henceforth be based on data weighted by vaccine uptake in each country and region of the EU/EEA, following the adoption by the Council of the EU of new rules and recommendation for travels inside the EU, the ECDC has announced.

On the occasion of the new rules, which are in effect since February 1st, the ECDC published its first epidemiological map produced with weighted data. As before, the seriousness of the situation in each region is marked as “green” (safe, relatively low levels of virus spreading), “orange”, “red” and “deep red” (for the regions where the virus is spreading faster).

After the changes, almost all regions in the EU/EEA are in the deep red category, with the exception of south-western Romania which is still in the red category. The last map that had been produced by the former methodology of taking into account notification and test rates also had a few areas in Romania and some areas in Poland in the red category.

According to the new rules, data on the 14-day notification rate per 100 thousand people is weighted by the vaccine uptake of each region. The maps will continue to be published every Thursday on the basis of data gathered by Tuesday midnight.

The ECDC map does not record the number of deaths or hospitalisations. The map also does not account for the percentage of total cases caused by the Omicron variant.

ECDC publishes relevant maps and data every Thursday, in support of the Council recommendation on a coordinated approach to the restriction of free movement in response to the COVID-19 pandemic. The latest revision of the Council Recommendation was adopted by EU Member States on 25 January 2022 and came into effect on 1 February 2022.

The maps are based on data reported by the Member States to the European Surveillance System (TESSy) by midnight on Tuesday.