Firefighters from across Europe came to France’s rescue on Friday to battle a massive wildfire, while fire also raged in Portugal and parts of England faced a severe drought, as successive heatwaves renewed the focus on climate change risks.

Much of Europe has faced weeks of baking temperatures that have also depleted water levels of the Rhine River in Germany and seen the source of Britain’s River Thames dry up further downstream than in previous years.

High temperatures and a worsening drought brought a high risk of new fires breaking out in Gironde, in southwestern France, local officials said, even after an overnight reprieve held in check the wildfire that has been burning for days, scorched thousands of hectares and displaced 10,000 people. 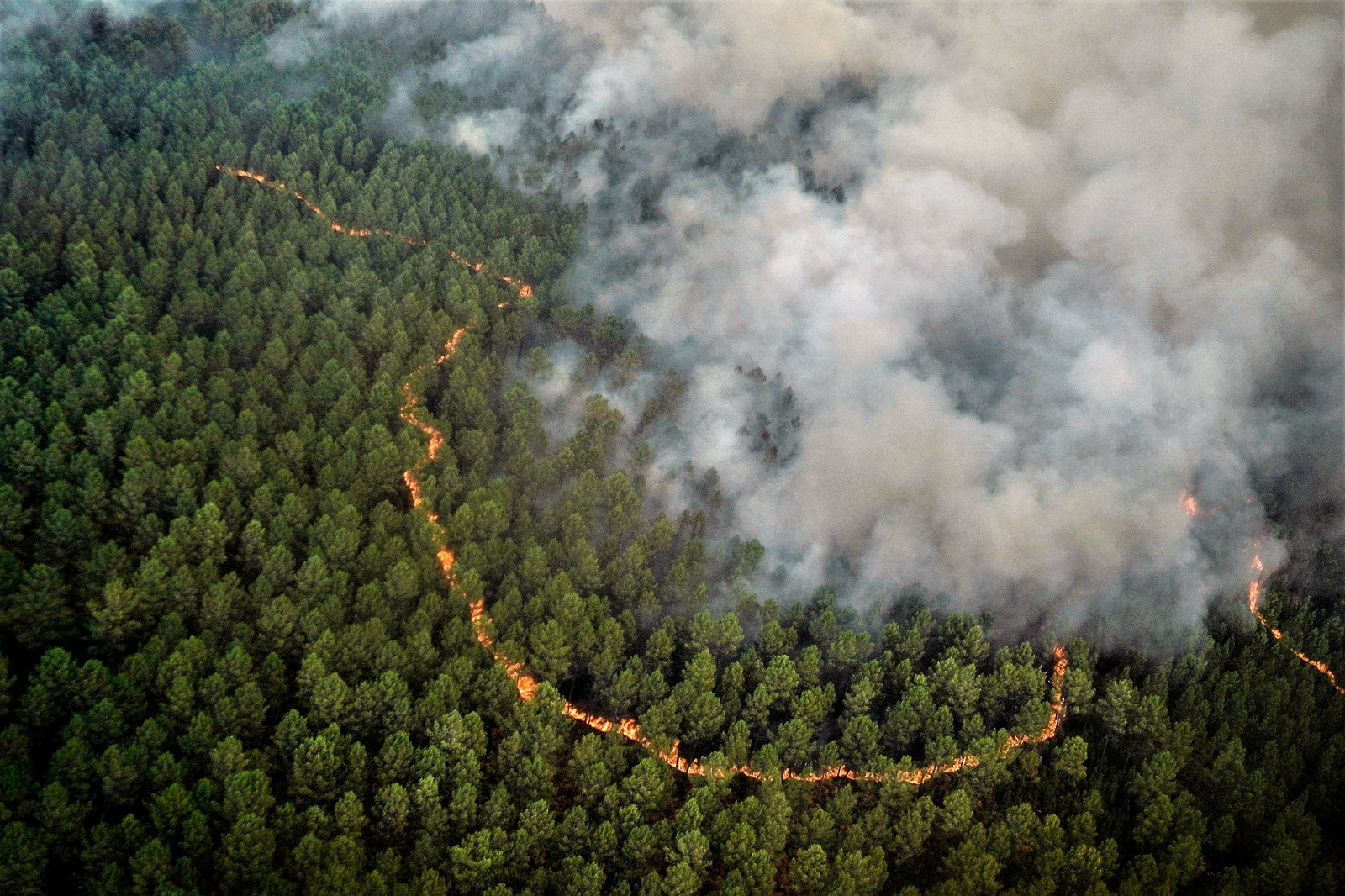 Firefighters from Germany, Romania, Greece and beyond were on the ground to help France battle the fire in the region – home to Bordeaux wine – as well as on other fronts, including in Brittany in the northwest.

“It doesn’t matter the country, we are firefighters and we are there to help,” said chief Romanian firefighter Cristian Buhaianu, in Gironde.

French commandant Stephanie Martin welcomed their support in an area that already battled a massive fire for weeks last month. “Our firefighters are tired after one month of fighting. It is really good support for us, so we can also focus on the other operation,” she said.

But while an expected end of France’s third heatwave on Sunday could bring some relief, the fire has already left much destruction in its wake, including over 7,400 hectares (18,286 acres) of forest burnt to the ground – equivalent to the size of a major French city such as Nice.

What firefighters called a “monster fire” also destroyed houses, including the ancestral home of the family of 19-year old student Juliette Pilain, from Belin-Beliet, in the heart of Gironde. 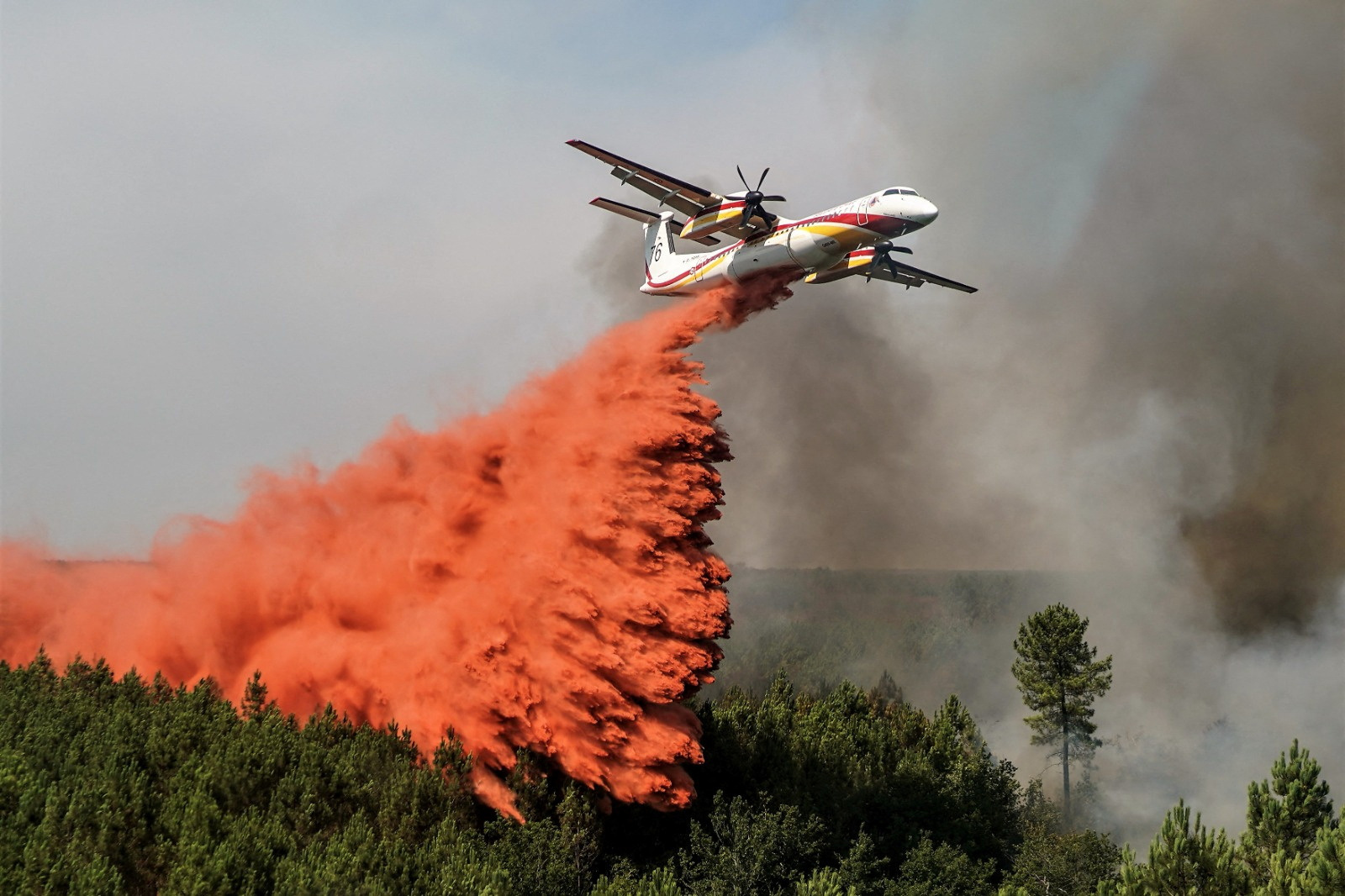 “It is complicated to process this news. It’s a house that’s been in the family for years, it’s especially painful for my grandparents,” Pilain told Reuters.

“We had all the furniture of my great-grandparents there, books and encyclopaedia belonging to my great grandmother … we cried a lot but then thought it is just material damage and we are all still here.”

In central Portugal, a huge wildfire raged into its seventh day, with 1,600 firefighters backed by 13 waterbombing aircraft, including one sent from Spain, combating the blaze that has destroyed about 15% of the Serra da Estrela national park.

After starting in the Covilha area on Saturday, the fire has spread to several neighbouring councils, burning around 15,000 hectares overall.

Meanwhile, water levels on the river Rhine in Germany have fallen again, with some vessels no longer able to sail, shipping operators and brokers said. read more

Further north, in Britain, the heatwave was also hitting hard, with the government formally declaring parts of southern, central and eastern England in drought after a prolonged period of hot and dry weather.

England suffered its driest July since 1935, with only 35% of the average rainfall for the month, and parts of England and Wales were now in the middle of a four-day “extreme heat” alert.

“All water companies have reassured us that essential supplies are still safe, and we have made it clear it is their duty to maintain those supplies,” Water Minister Steve Double said, following a meeting of the National Drought Group.

The companies will now begin enacting pre-agreed drought plans to help protect supplies, and the government said members of the public and businesses in drought-affected areas were urged to use water wisely.

Across France as well, there are restrictions on water use, and water police has been handing out fines. Local media have reported that outdoor Jacuzzis were vandalised in the tourist Vosges area, as some tensions over water rose.