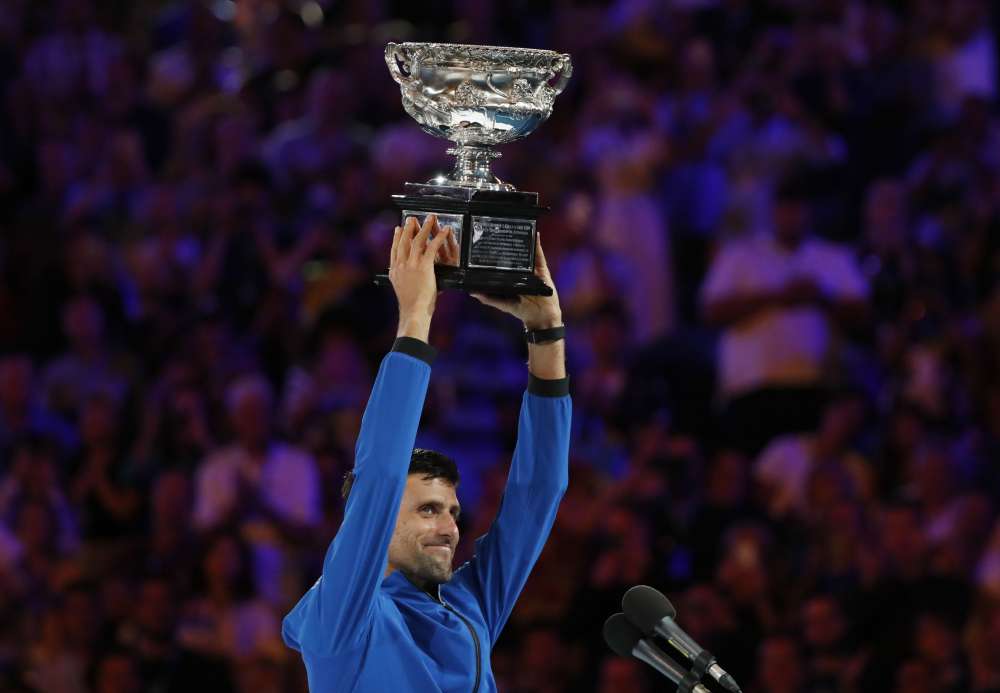 Novak Djokovic claimed a record seventh Australian Open crown on Sunday as he demolished Rafa Nadal 6-3 6-2 6-3 in his most dominant Grand Slam win over the Spaniard.

The peerless Serb broke Nadal five times while conceding only a single break point to clinch his 15th Grand Slam title and third in succession after winning Wimbledon and the U.S. Open.

The pair’s 53rd Tour clash and eighth in a major final failed to live up to their great rivalry, as top seed Djokovic bulldozed through the first two sets with machine-like precision.

Having won only two points off Djokovic’s first seven service games, Nadal finally prised a break point in the fifth game of the third to get back on serve but it quickly disappeared in a maelstrom of power hitting.

Djokovic held serve, and knuckled down to complete an astonishing rout. He fired a furious forehand down the line to bring up two championship points, then sealed the title when the Spaniard sent a backhand long.

The Serb went down on his knees and shook his fists at the sky, roaring in triumph, having moved past Roger Federer and Roy Emerson’s six Melbourne titles to take sole ownership of the record.