Divided and riven by crisis, Britain searches for Brexit ‘plan B’ 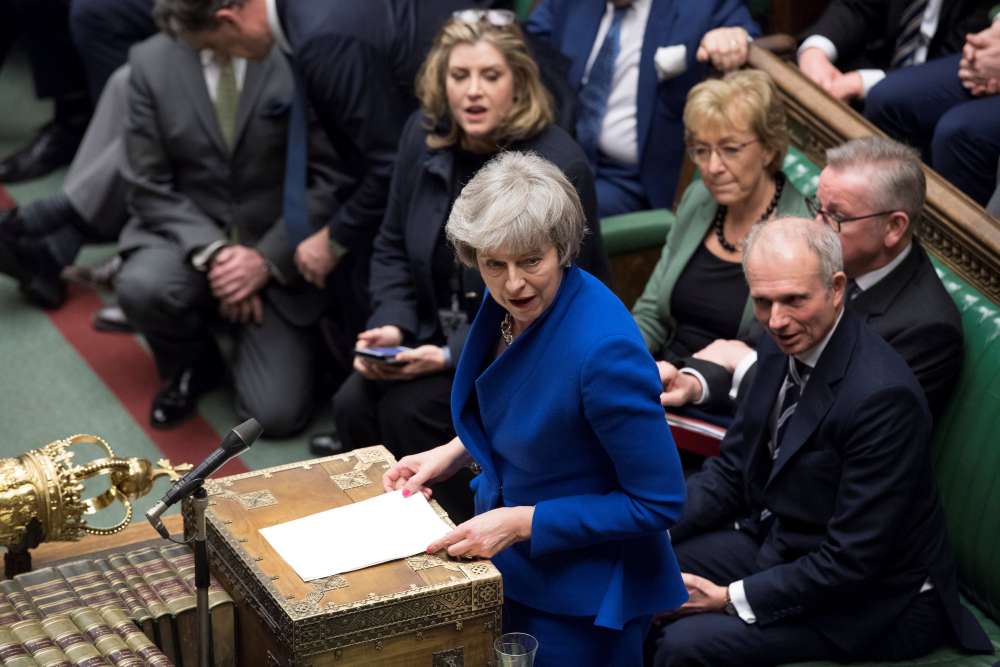 Prime Minister Theresa May will on Thursday try to break the impasse in Britain’s political elite over how to leave the European Union by searching for a last-minute exit deal though there was so far little sign of compromise.

After May’s two-year attempt to forge an amicable divorce was crushed by parliament in the biggest defeat for a British leader in modern history, May called for party leaders to put self-interest aside to find a way forward.

If May fails to forge consensus, the world’s fifth largest economy will drop out of the European Union on March 29 without a deal or will be forced to halt Brexit, possibly even holding a national election or even another referendum.

May has repeatedly refused to countenance another election and has warned that another referendum would be corrosive as it would undermine faith in democracy among the 17.4 million people who voted to leave the EU in the 2016 referendum.

“I believe it is my duty to deliver on the British people’s instruction to leave the European Union. And I intend to do so,” May said outside Downing Street in an attempt to address voters directly.

“I am inviting MPs from all parties to come together to find a way forward,” May said. “This is now the time to put self-interest aside.”

As the United Kingdom tumbles towards its biggest political and economic move since World War Two, other members of the European Union have offered to talk though they can do little until London decides what it wants out of Brexit.

Yet ever since the UK voted by 52-48 percent to leave the EU in June 2016, British politicians have been failed to find agreement on how or even whether to leave the European Union.

In a sign of just how hard May’s task may be, the main opposition leader, Labour’s Jeremy Corbyn, refused to hold talks unless a no-deal Brexit was ruled out.

His party wants a permanent customs union with the EU, a close relationship with its single market and greater protections for workers and consumers.

The chairman of May’s Conservative party, Brandon Lewis, said on Thursday that Britain cannot stay in the current customs union because striking international trade deals after Brexit is a priority.

He said senior ministers would meet colleagues from across the House of Commons, Britain’s lower house of parliament, on Thursday.