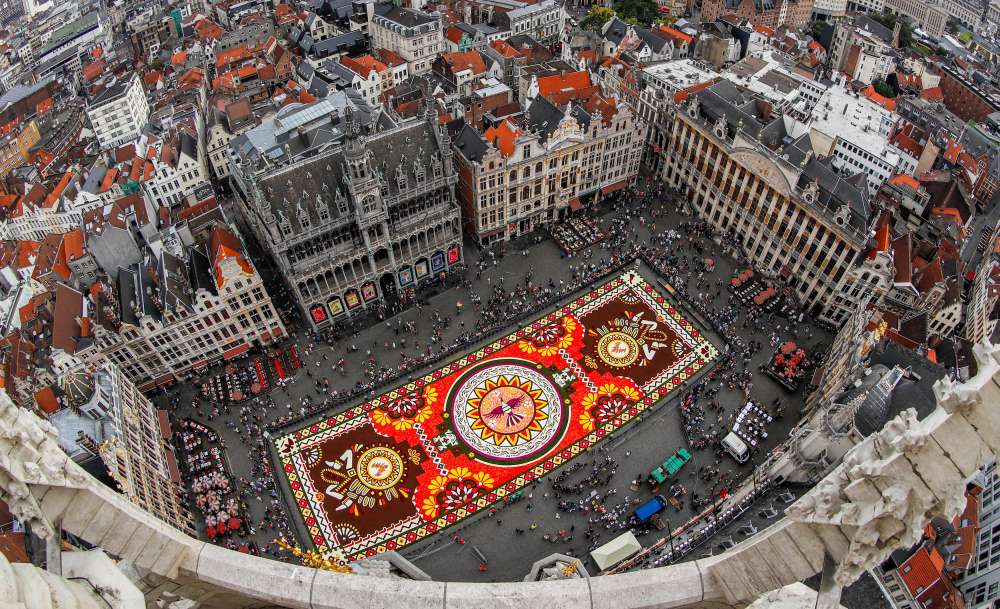 Belgian flower growers bested the summer’s blistering heat to lay out 500,000 blossoms on the central square of Brussels, in this year’s edition of the world famous flower carpet.

As Europe endured one of its hottest summers on record, organisers worried that the heat would prevent the flowers from blooming.

“It has been extremely difficult. Until 10 days ago, people were afraid that we were not going to have enough flowers. Luckily, in the last two weeks the weather changed, producing new, fresh flowers,” said Troch Peters, a Belgium-based flower wholesaler.

Despite the concerns, organisers once again arranged an 1,800 square-metre flower carpet on the city’s landmark Renaissance town square, which this year drew inspiration from the Mexican region of Guanajuato.

In the carpet’s design a bird, commonly found in indigenous Mexican embroidery, is surrounded by illustrations of Mexican fauna and flora.

“It is absolutely beautiful! I have been coming here since I was a little girl. Every time I see it, I am even more and more taken aback at the detail,” said visitor Judith Daniels from Los Angeles.

The flower carpet dates back to 1971, when Brussels councillors were impressed by similar arrangements in the neighbouring Flanders province and decided to bring it to the city. Since then, the carpet has been laid out every other year, attracting tens of thousands of visitors.

By In Cyprus
Previous article
With pictures and songs, fans pay tribute as Madonna turns 60
Next article
Yellow alert for Friday with temperatures to hit 40 C inland