Dendias: Turkey’s stance provocation for all of Europe 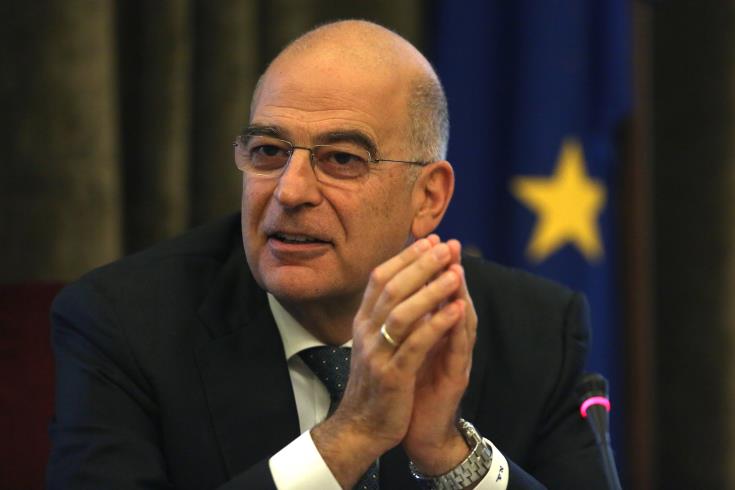 BRUSSELS (ANA/E. Zarkadoula) Turkey’s stance is a provocation directed at all of the European Union, Foreign Minister Nikos Dendias underlined on Monday, in statements on the sidelines of the EU Foreign Affairs Council.
“It was made clear that there must be reaction to Turkey,” he said.
Specifically, Dendias said: “There was an in-depth discussion on Turkish illegality at the meeting and all foreign ministers confirmed that Turkey had not understood the EU’s positive message at the October summit. On the contrary, it continued its illegal behaviour and, in fact, under a completely unacceptable framework, its threat of war in the case that Greece extends its territorial waters to 12 nautical miles. I note here that UNCLOS, the agreement that allows the extension of national territorial waters to 12 miles, is a part of European Law and has been ratified by the EU. So, Turkey’s stance is a provocation for all of Europe. From that point it was made clear that there must be reaction to Turkey, which is something that will be discussed at the European Council this week.”

By gavriella
Previous articleGreek schools, restaurants, courts to remain closed until Jan. 7
Next articleCompetition for purchasing of services for rapid tests mobile units