Democrats mock Trump over healthcare delay ahead of 2020 election battle 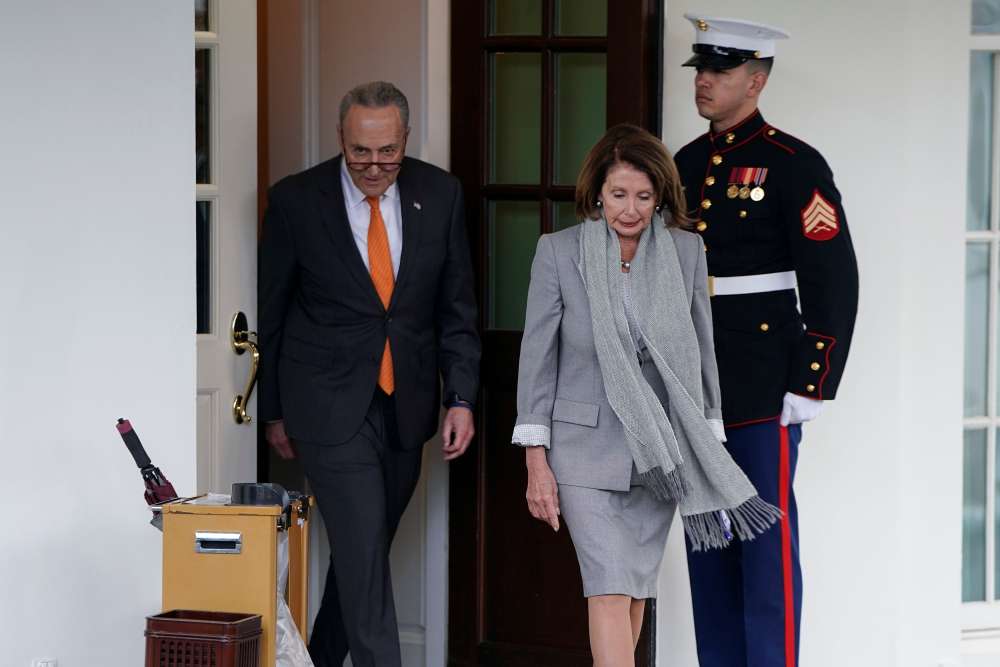 Democrats mocked President Donald Trump on Tuesday for pushing back his promise of sweeping healthcare reform until after the 2020 election, and said they were happy to make it a central campaign issue.

Trump had pledged in recent days to use court action to end Obamacare, the signature law of his Democratic predecessor, Barack Obama, and said his Republican Party would push over the next few months for a better healthcare plan at lower cost for most Americans.

But Republican leaders in Congress quickly shied away from the issue and pushed him to reconsider.

In a series of late-night tweets on Monday, Trump did just that, saying there would be no vote on any healthcare legislation until after next year’s election.

Democrats gleefully jumped on the delay, saying it showed Trump and his party had no idea what to do with healthcare beyond repealing the 2010 Affordable Care Act, popularly known as Obamacare.

“Last night the president tweeted that they will come up with their plan in 2021. Translation: they have no healthcare plan,” Senate Democratic leader Chuck Schumer said. “They are for repeal, they have no replace.”

Mitch McConnell, the Republican Senate majority leader, said he told Trump on Monday the party was not about to restart work on comprehensive healthcare legislation, noting Republicans were unable to pass a plan when they controlled both chambers of Congress in the first two years of the Trump presidency.

“I made it clear to him we were not going to be doing that in the Senate,” McConnell told reporters.

Democrats won control of the House of Representatives in November elections after campaigning heavily on strengthening Obamacare.

Trump said on Tuesday he and Republicans would draw up a new healthcare plan ahead of the 2020 election and implement it soon afterward.

He said a Republican plan would mean most Americans pay lower premiums and deductibles for their healthcare than they currently pay under Obamacare, revisiting a promise he made during the 2016 campaign.

Trump told House Republicans in a speech on Tuesday night that they should campaign on a pledge to make healthcare the first vote in Congress after the 2020 election.

He said one of the major reasons Democrats won control of the House last year was because Republicans did not have a healthcare plan to put forward to voters.

“Republicans should not run away from healthcare. You can’t do it. You’re going to get clobbered,” Trump said.

While Trump’s delay gives Republicans more time to knit together an alternative to Obamacare, it all but guarantees a 2020 battle over the divisive issue.

“Don’t let President Trump fool you, America. Republicans are not the party of healthcare. They are the party that wants to end your healthcare,” Schumer said at a rally on Tuesday. “We Democrats will not stop fighting tooth and nail to protect America’s healthcare, today, tomorrow, and on in through 2021.”

Trump and his fellow Republicans vowed in the 2016 presidential election to “repeal and replace” Obamacare but failed to do so during their first two years in power, despite control of both the Senate and the House.

Several of the leading candidates for the Democratic 2020 presidential nomination, including a number of current U.S. senators, have already made healthcare a major part of their campaign message.

Trump accuses Democrats of seeking “a socialist takeover of American healthcare,” and is certain to take that argument onto the 2020 campaign trail.

“I see what the Democrats are doing. It’s a disaster what they’re planning and everyone knows it,” he told reporters in the Oval Office on Tuesday.