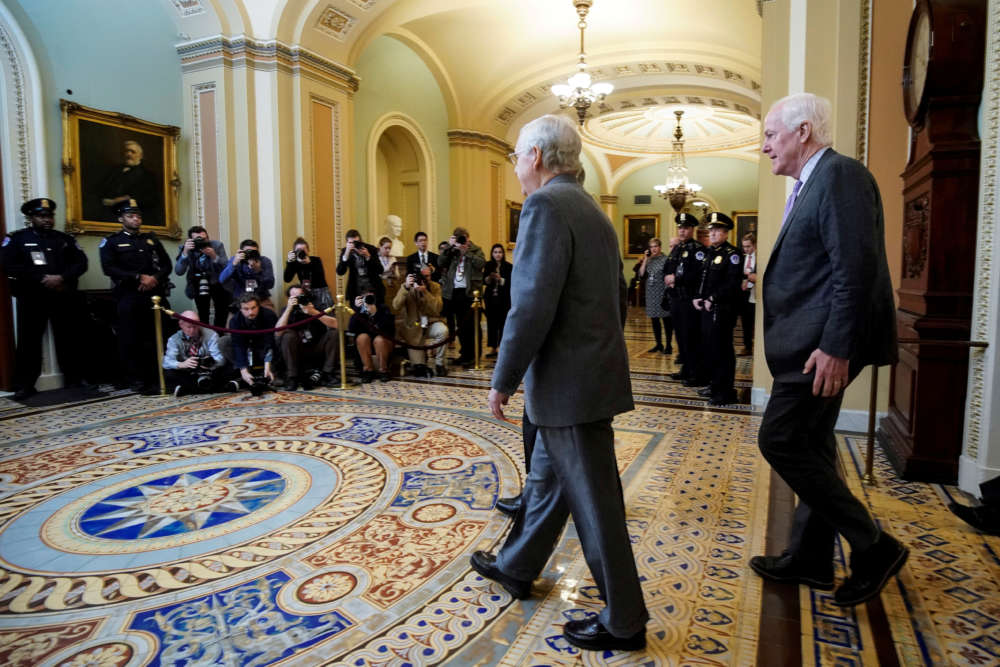 Democrats on Tuesday blasted the top Senate Republican’s proposed rules for U.S. President Donald Trump’s impeachment trial, saying its failure to guarantee witnesses or that evidence gathered by investigators would be allowed into the record was tantamount to rigging the proceedings.

Trump’s trial on charges approved on Dec. 18 by the Democratic-led House of Representatives accusing him of abuse of power and obstruction of Congress begins in earnest in the Senate on Tuesday in a rare use of the constitutional mechanism for ousting a president.

On Monday, Senate Republican Majority Leader Mitch McConnell proposed rules that would execute a potentially quick trial. He unveiled a resolution that would give House Democratic prosecutors and Trump lawyers 48 hours, evenly split, to present their arguments over a maximum of four days.

Under the resolution, lawyers for Trump could move early in the proceedings to ask senators to dismiss all charges, a senior Republican leadership aide said, a motion that would likely fall short of the support needed to succeed.

“That is not a fair trial. In fact, it is no trial at all,” the seven House Democrats who will set out the case against Trump during the trial said in a statement on Tuesday.

House Speaker Nancy Pelosi, in a statement, said the Republicans’ plan would force the trial into the “dark of night” and accused McConnell of choosing “a cover-up for the president, rather than honour his oath to the Constitution.”

The proceedings are due to start at around 1 p.m. EST (1800 GMT) and the trial is expected to continue six days a week, Monday through Saturday, until at least the end of January.

At the heart of the impeachment trial is Trump’s request to Ukrainian President Volodymyr Zelenskiy in a July 25 phone call to investigate a political rival, former Vice President Joe Biden, and his son Hunter.

Democrats accuse Trump of pressuring a vulnerable ally to interfere in U.S. elections at the expense of American national security. Trump’s legal team says there was no pressure and that the Democrats’ case is based on hearsay.