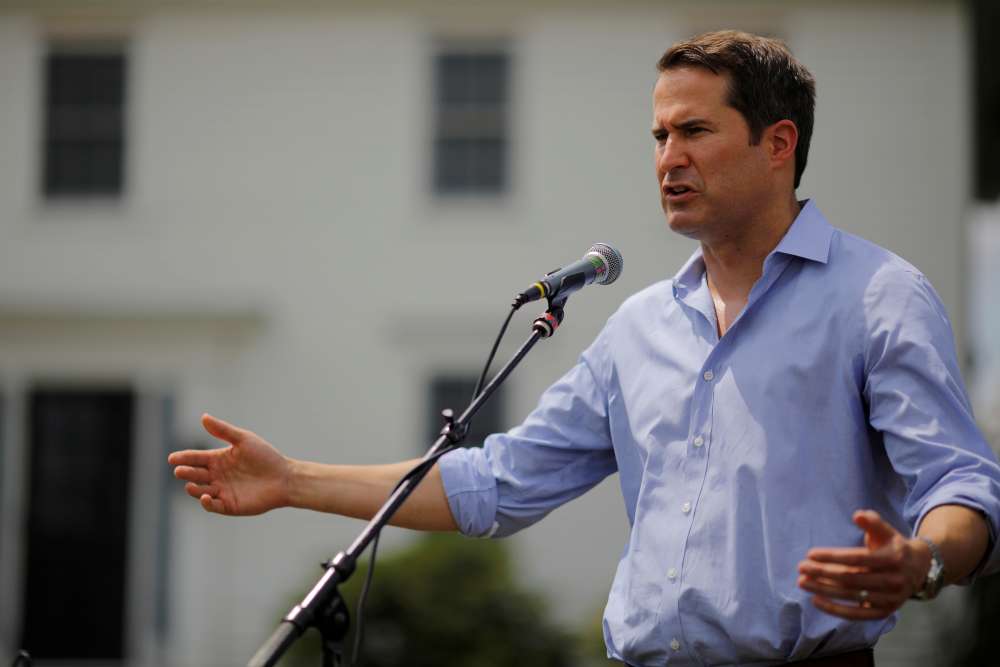 Seth Moulton, an Iraq War veteran and Democratic congressman from Massachusetts, entered the 2020 presidential nomination contest on Monday, swelling the ranks of declared contenders to almost 20, according to an NBC news report.

He enters the race as an underdog, with little national name recognition and a shorter track record than some of his opponents who have spent years in the U.S. Senate or as state governors.

But Moulton, 40, has already built a political career driven by challenging the party’s establishment.

First elected to Congress in 2014, he won the seat after mounting a primary challenge against John Tierney, a fellow Democrat who had held the seat for 18 years.

After Democrats took control of the U.S. House of Representatives in 2018, Moulton led an unsuccessful effort to remove Nancy Pelosi as the party’s leader in the chamber.

“Tough conversations make us stronger, not weaker, and we need to keep having them if we’re going to deliver on the change that we’ve promised the American people,” Moulton said in a statement announcing the end of his opposition to Pelosi.

Moulton served in the Marines from 2001 to 2008. During his 2014 congressional bid, he became a vocal critic of the Iraq War in which he served, saying no more troops should be deployed to the country.

He also has advocated stricter gun laws, saying military-style weapons should not be owned by civilians.

Moulton supports the legalization of marijuana and told Boston public radio station WGBH in 2016 that he had smoked pot while in college.

He graduated from Harvard University with an undergraduate degree in physics in 2001 and returned to receive a master’s degree in business and public policy in 2011.

For a graphic of the 2020 presidential candidates, see: https://tmsnrt.rs/2Ff62ZC

By In Cyprus
Previous articleThree children of Denmark’s richest man killed in Sri Lanka attacks
Next articleMitsero murders: Search of mine shaft, lake to continue ‘as long as necessary’