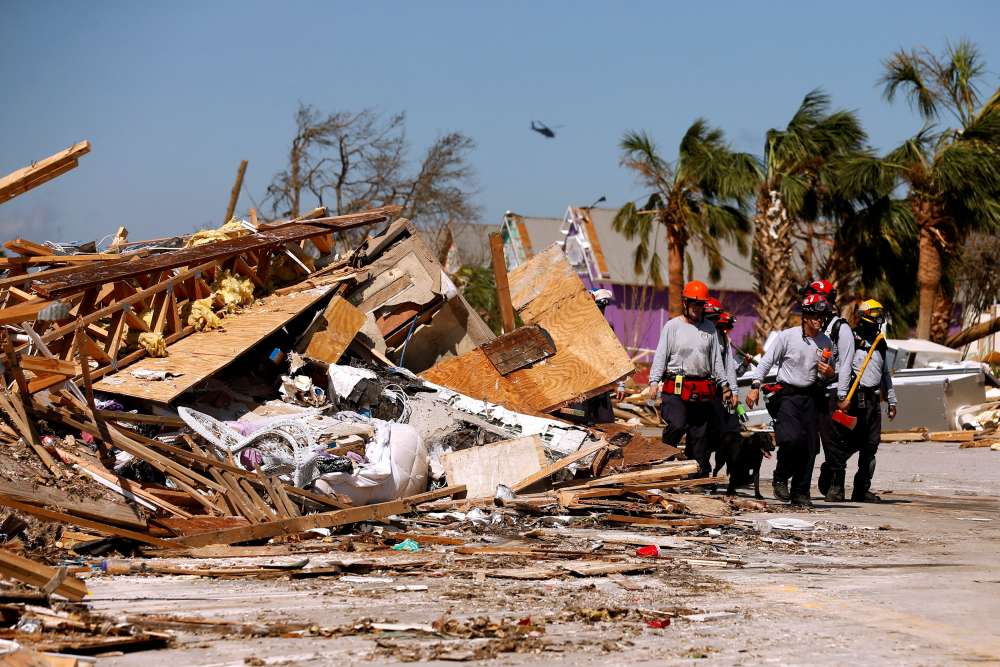 The death toll was expected to rise this weekend in the aftermath of Hurricane Michael as hundreds remained unaccounted for along the Florida Panhandle where decimated communities remained cutoff and in the dark.

As of early on Saturday, state officials were reporting that at least 18 have been killed in Florida, Georgia, North Carolina and Virginia.

Rescue teams, hampered by power and telephone outages, were going door-to-door and using cadaver dogs, drones and heavy equipment to hunt for people in the rubble in Mexico Beach and other Florida coastal communities, such as Port St. Joe and Panama City.

“We still haven’t gotten into some of the hardest-hit areas,” said Brock Long, administrator of the Federal Emergency Management Agency (FEMA) on Friday, noting that he expects to see the number of people killed climb.

The Houston-based volunteer search-and-rescue network CrowdSource Rescue said its teams were trying to find about 2,100 people either reported missing or stranded and in need of help in Florida, co-founder Matthew Marchetti said.

Social media websites were crowded with messages from those trying to reach missing families in Florida’s Bay and Gulf Counties.

Marchetti said his volunteer search teams, consisting mostly of off-duty police officers and firefighters, had rescued or accounted for 345 others previously reported to CrowdSource Rescue.

Michael crashed ashore near Mexico Beach on Wednesday afternoon as one of the most powerful storms in U.S. history, with winds of up to 155 mph (250 kph). It pushed a wall of seawater inland, causing widespread flooding.

The tropical storm, which grew in less than two days into a Category 4 hurricane on the five-step Saffir-Simpson scale, tore apart entire neighborhoods in the Panhandle, reducing homes to naked concrete foundations or piles of wood and siding.

FEMA crews have been using bulldozers and other heavy equipment to push a path through debris so rescuers can sift the rubble using specially trained search dogs.

More than 1,700 search and rescue workers have been deployed, Governor Rick Scott’s office said in a statement, including seven swift-water rescue teams and nearly 300 ambulances.

Except for the emergency 911 system, authorities in Bay County, the epicenter of the disaster, were virtually without telephone or internet service until late on Friday, making communications internally and with the public difficult.

Ruth Corley, a spokeswoman for the Bay County Sheriff’s Department, said local television stations were knocked off the air for two days, and authorities were relying on the Gulf State College radio station to transmit public service bulletins.

More than 940,000 homes and businesses on the U.S. East Coast were without power and it could be weeks before power is restored to the most damaged parts of Florida.