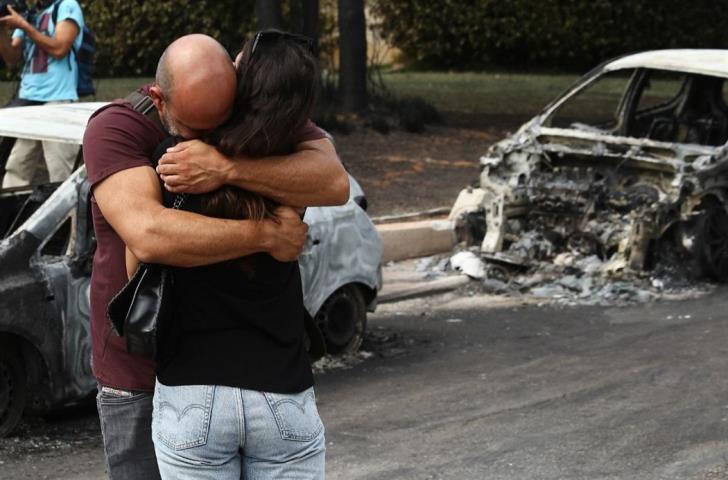 The  death toll from a wildfire that raged through a coastal area east of Athens  rose to 91 on  Sunday with 25 people reported as officially missing six days after blaze.

In an announcement, Greece’s fire service said the official number of fatalities was 91.

It said another 25 have been reported missing by their families.

The vast majority of victims died in the fire itself, though a number drowned in the sea while fleeing the flames.

Dozens of volunteer divers, some of them retired Navy Seals, kept searching the sea on Sunday looking for the bodies of more possible victims.

So far 59 bodies  have been identified, while another 28 have still be identified. Four of the injured died in hospital.