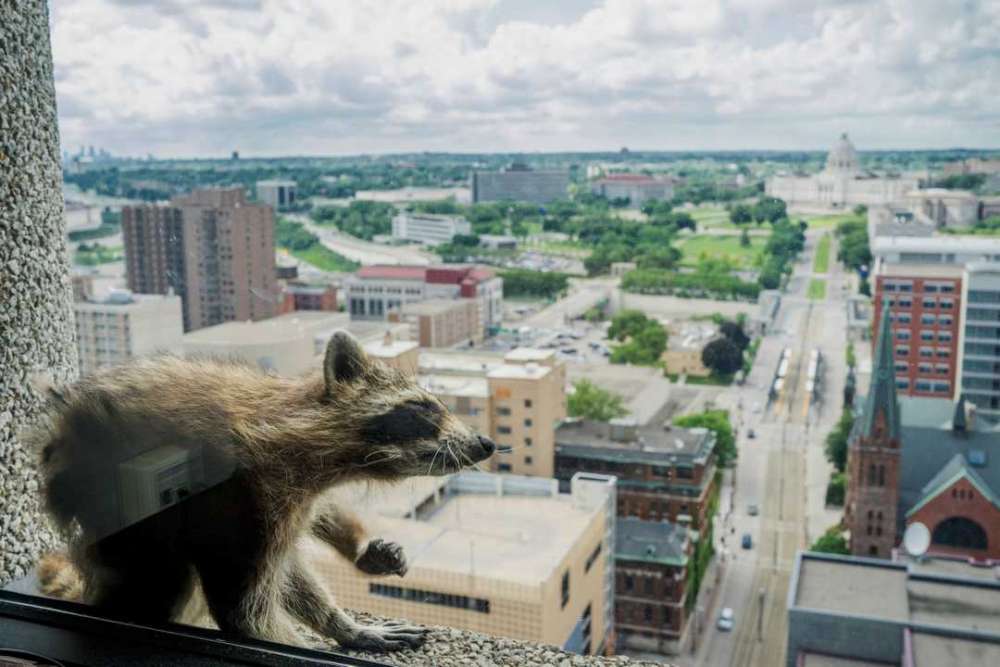 A raccoon reached the top of a 25-storey St. Paul, Minnesota, skyscraper early on Wednesday after becoming a star on the web, where it captured the hearts of followers across the United States and around the globe.

At a little before 3 a.m. local time, the animal made it to the roof of the UBS Plaza building after it took a hours-long break on a 17th floor window sill, according to live feed posted by local media.

The saga started Monday, when the animal was spotted in a shallow recess of a wall on a Town Square building, Minnesota Public Radio’s KNOW-FM reported.

A maintenance crew attempted to help the raccoon by offering it a makeshift ladder. That didn’t work — it scared the animal to a nearby office tower, where it began its death-defying ascent. Tuesday afternoon, local coverage of the climb trended on Twitter with #mprraccoon,.

People became concerned it might not make it up the UBS Tower. Guardians of the Galaxy director James Gunn even tweeted he would donate $1,000 to help rescue the raccoon.

As of Tuesday evening, the raccoon had climbed to the 23rd floor. Around 2:30 a.m. Wednesday, live feeds showed the raccoon reached the roof.

The raccoon was captured in a live trap, a law firm occupying the top floor of the building told news media.

Rescuers plan to release the raccoon to safety.

Town Square employees are now trying to get the #mprraccoon down with a 2×4 ladder thing. @MPRnews pic.twitter.com/SBV4pPvtPG

He made a run for it! Still stuck though. pic.twitter.com/8Z7KTK8K1y

Much much higher now pic.twitter.com/d0iYkrDTVh

By In Cyprus
Previous article
Cypriot on Britain’s list of eight most wanted sex offenders
Next article
Agia Napa and the Sea: A Different Dimension