Czech PM fires back after EU audit, as protests swell 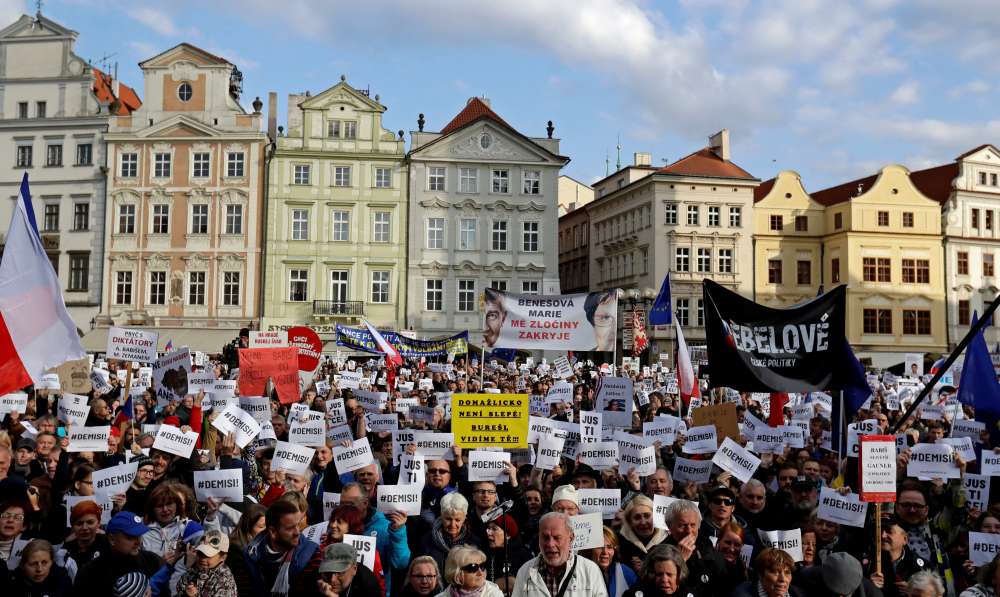 Czech Prime Minister Andrej Babis on Wednesday stepped up criticism of a European Commission audit into his possible conflicts of interest, calling the auditors incompetent and demanding a meeting with the head of the commission executive.

His response came after an estimated 120,000 protesters took to Prague’s streets on Tuesday evening to demand Babis’s resignation, one of the biggest protests since the end of communism in 1989.

Demonstrators began weekly protests against Babis at the end of April, angry over a criminal investigation into alleged subsidy fraud a decade ago and his ties to the agricultural and media conglomerate he built.

Babis’s alleged conflicts led to a Commission audit that leaked to media last week. In preliminary findings, the audit determined that his Agrofert group should not have had access to European Union development funds in recent years because of conflicts of interest.

Czech authorities must comment on the audit before it is completed. But it raises the possibility the Czech government will need to return European Union funds.

Babis has denied the audit’s findings, telling lawmakers on Tuesday that it was an attack on the Czech Republic and its interests and saying no funds would be returned. On Wednesday, he told reporters he wanted to meet Commission President Jean-Claude Juncker during a June 20-21 EU summit.

“I will of course ask Mr Juncker how it is possible he has such incompetent auditors because their behaviour was scandalous,” Babis said.

He added he was informed that two Czech auditors treated some state authorities “in a position of bullying”, without giving further details.

Babis placed his Agrofert holdings in trusts in 2017 before becoming prime minister. The leaked audit said the shift to trusts was not enough separation from his executive power, because he was both the founder and beneficiary of the funds.

Babis is also battling a Czech police investigation into whether he illegally received a 2 million-euro EU subsidy a decade ago for a farm and convention centre, by hiding ownership of it. Police have recommended prosecutors take Babis, who denies wrongdoing, to trial.

The protesters charge that a new justice minister, who was appointed when her predecessor resigned the day after police finished their investigation, might meddle in the case.

Babis has clashed with western EU leaders over his tough anti-immigration policy, but he has been more pro-EU than his nationalist counterparts in Poland or Hungary.

Despite the legal cases, Babis’s ANO party remains the main political force, polling well ahead of other parties, helped by a strong economy and its business-like approach to government.